In low-to-middle-income countries where malnutrition is common, rice-bran supplementation may provide real help. According to new findings from researchers at the UNC Gillings School of Global Public Health, rice bran has a positive impact on physical growth and healthy microbiomes for infants.

In Nicaragua and Mali, as well as other poor countries, diarrhea is a principal health issue for children and growth stunting due to malnutrition is common. In addition, there is a high prevalence of environmental enteric dysfunction (EED), a condition associated with poor nutrition absorption and intestinal immunity. While the cultivation  of rice is common in these regions, their populations typically do not use rice bran — a byproduct of the milling of rice to make white rice — for human consumption. Rice bran is known, however, to provide nutrients, prebiotics and phytochemicals that enhance gut immunity. 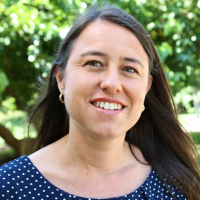 Luis Zambrana, MD, MPH, a doctoral student in the Department of Epidemiology at the Gillings School, is lead author of “Rice bran supplementation modulates growth, microbiota and metabolome in weaning infants: a clinical trial in Nicaragua and Mali,” published in Nature Research. Sylvia Becker-Dreps, MD, MPH, associate professor of epidemiology and director of the UNC Program in Nicaragua, is co-author on the paper.

The researchers investigated the effects of rice bran supplementation on weight for age and length, and they found that the supplementation increased growth among infants who received it compared to the comparison group. (Healthy infants in Nicaragua and Mali were randomized to a control group or a group that received increasing daily doses of rice bran each month.) The infants’ stool microbiota were characterized and analyzed, and comparisons were made at six, eight and 12 months of age.

“Rice bran is a nutrient-dense food with a unique profile and ratio of phytonutrients such as ferulic acid, vitamin B and many others,” says Zambrana. “In EED, intestinal nutrient malabsorption and increased intestinal permeability can lead to protein loss. The period of infant weaning has been identified as a critical window for nutritional intervention, and the supplementation of rice bran warrants attention for improving environmental enteric dysfunction in children.”

The study team found that rice bran was palatable and safe for weaning infants, and there were no adverse events related to the supplementation regimen. Infants who consumed rice bran also grew more in height than children in the control group, and stool metabolites from infants in the supplementation group showed significant improvements in their levels of beneficial amino acids, cofactors and vitamins, lipids and phytochemicals, as well as in their energy metabolism compared to the control group.

Many factors can impact gut microbiota composition and metabolism in young children, including use of antibiotics, environment, nutrition and more. When the gut microbiome is imbalanced with non-beneficial bacteria and pathogenic organisms, it can adversely impact immunity, the digestive system, and endocrine and neurotransmitter function.

“Chronic exposure to enteric pathogens early in life is one likely contributor to EED. These enteropathogens start to produce inflammation in the gut and other disturbances that affect the absorption of macro- and micronutrients, leading to malnutrition,” Zambrana says.

This study was the first randomized controlled trial to evaluate the effect of rice bran supplementation on infants living in low-to-middle-income countries. The results offer a compelling rationale for further investigation of the benefits of rice bran in combatting malnutrition.

“The development of sustainable, local and affordable food products for consumption by weaning infants (and throughout childhood) is particularly critical in these regions,” says Zambrana. “This study provided a compelling rationale for follow-up investigation of rice bran supplementation as a way to reduce the risk of malnutrition, as well as for eliciting changes during childhood growth that protect against enteric pathogens and diarrheal diseases.”