Researchers at North Carolina State University have been awarded a $17 million grant from the National Institutes of Health (NIH) to explore a potential link between environmental contaminants and liver cancer. 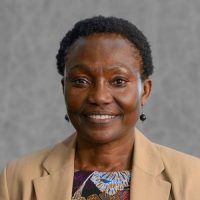 Led by Cathrine Hoyo, PhD, NCSU Distinguished Professor in the Department of Biological Sciences, the grant will fund the Southeastern Liver Health Study, a multi-institutional effort that will follow 16,000 people in North Carolina and Georgia for up to five years. The project aims to determine whether exposure to environmental contaminants such as cadmium — either alone or with other toxic metals and per- and poly-fluoroalkyl substances (PFAS) — increases the risk of progression from early-stage liver disease to hepatocellular carcinoma, the most common type of liver cancer.

Hoyo and her team conceived the study after observing unusually high rates of HCC, which has a shorter survival time than many other cancers. The risk of liver cancers appears to be higher among racial/ethnic minorities and in rural areas of the Southern United States. 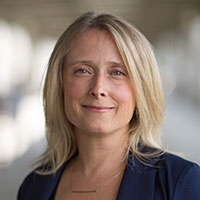 “The University of North Carolina’s Center for Environmental Health and Susceptibility (CEHS) is proud to support and work closely with NCSU researchers on this project,” said Melissa Troester, PhD, professor of epidemiology at the UNC Gillings School of Global Public Health and director of the CEHS. “This opportunity will leverage the resources and strengths of both universities to develop additional translational research programs that focus on cancer health disparities.”

In 2018, CEHS sponsored a pilot project led by Hoyo. The project, Cadmium Exposure and Hepatocellular Carcinoma (HCC), marked a successful collaboration in the development of translational research focused on health equities and cancer.  HCC-related incidence and mortality disproportionally affect racial/ethnic minority populations. Exposure to cadmium has been associated with HCC in animal models; however, the relevance of these findings to the much lower non-occupational exposure levels in humans is unclear. 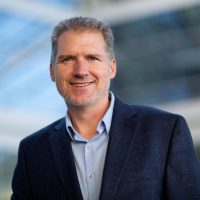 Troester will serve on the grant’s Internal Advisory Committee, providing scientific expertise and coordination for this project. In addition, Michael Sanderson, MPH,  associate director of the CEHS, will work closely with the NCSU project team to support project administration and evaluation.

“HCC is one of those cancers that tend to get put on the back burner because the numbers of minorities in a single geographic area are just not enough to provide meaningful data, so studies cannot collect enough useful information specific to ethnic minorities,” Hoyo said. “Addressing such a problem requires large studies like this. The work will contribute much-needed data and specimens for research on cancer and the environment”

The NIH selected the project for funding as part of a larger effort to establish new cancer cohorts that could inform health research now and in the future. In addition to being the first large-scale project to examine the link between environmental contaminants, liver disease and cancer in a residentially and ethnically diverse population, this research will result in a data and specimen repository that will provide NCSU, UNC and the broader research community with a valuable resource to study HCC and other cancers.

NCSU is the lead institution on the grant, partnering with UNC, Duke University and Emory University.