A symposium co-sponsored by the Department of Epidemiology in the UNC-Chapel Hill Gillings School of Global Public Health brought together leading breast cancer researchers to share findings about the genetic and environmental factors driving disparities in the disease’s incidence and mortality. Andrew Olshan, PhD, discussed the history and accomplishments of the Carolina Breast Cancer Study with an audience of more than 100 people.

Andrew Olshan, PhD, Barbara S. Hulka Professor in Cancer Epidemiology and chair of the epidemiology department, spoke to a crowd of more than 100 people about the history and accomplishments of the Carolina Breast Cancer Study.

“The first and continuing question from this study is: Why is there a disparity in breast cancer incidence and mortality between African-Americans and whites?,” said Olshan, the study’s principal investigator.

The study is now in its third phase, with UNC-Chapel Hill researchers gathering data on 3,000 women from 44 counties in North Carolina. Olshan said the study has helped identify factors that play into the disparity, including cancer genomics and issues with access to care and screening.

“We still have questions of why African-Americans have a poorer survival rate,” he added.

The Carolina Breast Cancer Study first launched at UNC-Chapel Hill in 1993. A driving motivation behind the work has been gaining a better understanding of why African-American women disproportionately die from the disease. Millikan, who was an advocate as well as a scientist, led three waves of the groundbreaking longitudinal study.

“Bob woke up every day and tried to figure out how to make life better for women with breast cancer,” H. Shelton Earp III, MD, Lineberger Professor of Cancer Research and director of UNC Cancer Care, said of Millikan. “His passion was in breast cancer and particularly minority disparities.”

In addition to researchers from UNC-Chapel Hill, the symposium also included presenters from other institutions who spoke on the latest findings and recommendations from work in genomics, cancer biology and bioinformatics.

Mary-Claire King, PhD, professor of genome sciences and medicine at the University of Washington School of Medicine, advocated for routine sequencing for women starting at age 30 to determine whether they have BRCA1 or BRCA2 gene mutations. Women with those mutations are at higher risk for breast cancer.

The symposium was sponsored by the Gillings School of Public Health Department of Epidemiology, the Lineberger Comprehensive Cancer Center and supporters of the Robert Millikan Tribute Fund. It was followed by events held throughout the weekend to celebrate Millikan, including the premiere of the “Millikan Symphony,” written by Ann Millikan in honor of her brother. 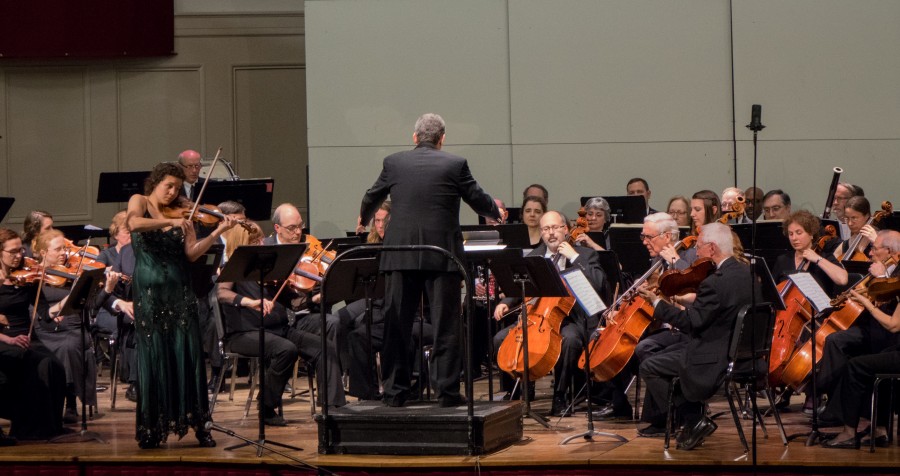 The symposium was followed by events held throughout the weekend to celebrate Millikan, including the premiere of the “Millikan Symphony,” written by Ann Millikan in honor of her brother. The symphony was performed by the Chapel Hill Philharmonia, featuring Donald Oehler, music director, and Jennifer Curtis, violin soloist. Photo by Andrea Canter.

This news story was adapted from the original article, published by UNC Lineberger.