An interdisciplinary team, led by researchers at the UNC Gillings School of Global Public Health, explored the critical issue of campus sexual assault in their article, “Starting the Conversation: Are Campus Sexual Assault Policies Related to the Prevalence of Campus Sexual Assault?”

Published online Sept. 25, the work will be included in a special print issue of the Journal of Interpersonal Violence, to be published in November.

The research is an effort of the UNC Gender-Based Violence Research Group (GBVRG), a student-led group that works to foster a better understanding of, and to help end, violence associated with a person’s gender. Members of the group wrote another article for inclusion in the November special issue, reported on here. 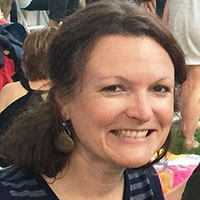 “This truly has been an interdisciplinary effort – where we brought our individual expertise, training and passion to learn as much as we could to solve important social problems,” said Stephanie DeLong, MPH, lead author of the current study, co-founder of the GBVRG and doctoral candidate in epidemiology at the Gillings School.

Previous research has shown that campus sexual assault (CSA) is prevalent, but prior to the research by DeLong and her colleagues, no studies had explored whether CSA policies had an impact upon its prevalence. To address that gap, the team studied 24 universities participating in the 2015 Association of American Universities (AAU) Campus Climate Survey on Sexual Assault and Sexual Misconduct. The researchers then linked 2014-2015 data from these universities’ CSA policies with CSA prevalence findings from the survey.

The 2014 White House Task Force to Protect Students from Sexual Assault offered a checklist for campus sexual misconduct policies. The list suggests that 10 elements be included in CSA policies (e.g., investigation procedures and protocols, grievance procedures, education, training and prevention) and outlines policy topics to be included within each element (e.g., statements that the school prohibits sexual misconduct and is committed to address the misconduct).

Policies were characterized as being more comprehensive if they included greater numbers of checklist topics. Researchers correlated the number of topics within the policies with school-level CSA prevalence. In addition, they explored whether there was lower CSA prevalence among schools with policies containing particular topics.

Though findings were not statistically significant, results suggested that assaults occurred less frequently at schools where the school’s CSA policies were more comprehensive. Schools with policies that included a topic related to having a sexual assault response team had the lowest CSA prevalence for both women and men, and schools that included topics describing grievance/adjudication procedures had lower CSA prevalence.