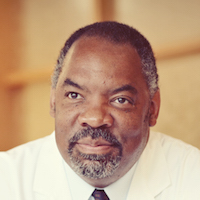 “Dr. Godley was a major force in medicine and epidemiology whose work made a significant difference in oncology (specifically prostate cancer) and in reducing health disparities,” said Til Stürmer, MD, PhD, Nancy A. Dreyer Distinguished Professor and chair of the Gillings School’s Department of Epidemiology. “He suffered a fatal heart attack while recovering from a previous heart attack. We shall miss him. Our hearts go out to his wife, our own Adaora (“Ada”) Adimora, and their children.”

Godley earned a bachelor’s degree from Yale University in 1979 and a Doctor of Medicine and Master’s of Public Policy from Harvard University in 1984. He came to UNC in 1987 for a research fellowship in cancer epidemiology, earning a doctoral degree from the Gillings School in 1993.

His dissertation research used data he collected with funding from the National Cancer Institute to create a “Minority Cancer Control Research Program.” The program oversaw several research projects and sponsored the addition of a second day to the Minority Health Conference in 1991 and 1992, with Godley as one of the presenters.

As his career progressed, Godley remained dedicated to researching and treating prostate cancer. He also worked tirelessly to identify, understand and eliminate racial health disparities, directing the Program on Ethnicity, Culture and Health Outcomes (ECHO) from its inception in 2001. This UNC-wide initiative used interdisciplinary research, education, training and community partnerships to advance understanding of racial health disparities in order to eliminate them.

ECHO provided a home for health disparities research at UNC for more than 15 years, sponsoring projects and resources throughout the Triad and Eastern North Carolina. ECHO also hosted seminars at the Sheps Center for Health Services Research and in the Gillings School, and supported the annual Summer Public Health Research Videoconference on Minority Health and the Annual Minority Health Conference across multiple years. 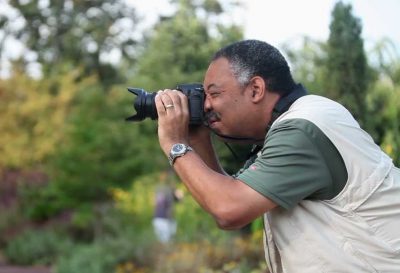 In his spare time, Godley was an avid traveler and passionate photographer. Photographs of people taken during his travels lined the walls of his office. In a 2012 video, he discussed his love of photography and how it related to his work as an oncologist, and he posted images from every continent on his personal website.

Godley grew up in a home where health care was front and center. His father was an internist, his mother was a nurse and his sister also attended medical school. As Godley was earning his Doctor of Medicine, his mother died of colon cancer, which influenced his choice of medical specialty and sparked an ongoing research interest in cancer prevention.

Godley’s loss will be felt deeply across the UNC and Chapel Hill community, where he and his family have many connections. His wife, Adaora Adimora, MD, is Sarah Graham Kenan Distinguished Professor in the Department of Medicine and a professor in the Department of Epidemiology. Their daughter, Bria Adimora Godley, is a student in the School of Medicine, and their son, Alegro Adimora Godley, works as an accounting technician in UNC’s Department of Political Science.

The funeral service for Dr. Paul Godley will be held Saturday, April 6, at 1 p.m. in the main sanctuary of World Overcomers Christian Church (2933 South Miami Boulevard, Durham, NC 27703).  Instead of flowers, the family would appreciate contributions to:

For those who would like to send flowers or cards, they can be delivered to Walker’s Funeral Home (120 West Franklin Street, Chapel Hill, NC 27516).