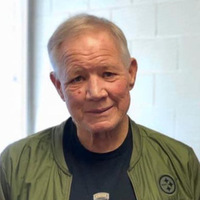 William John Smith, IV — known to most as “Bill” —  passed away December 27, 2022, at his home in Lumberton, North Carolina. He was 73 years old and had served as the health director for Robeson County, NC, for nearly 35 years.

Born in 1949 in San Antonio, Texas, Smith was the oldest of seven siblings. He served in Vietnam as an infantryman with the 101st Airborne, studied psychology at USC Coastal Carolina College and worked for the South Carolina Department of Health and Environmental Control for more than a decade before heading to North Carolina.

In that role, he joined the task force that created North Carolina’s mandated accreditation program for local health departments (LHDs). It was the first program in the United States to ensure a standard minimum level of capacity and services in each LHD. The process of accreditation includes a site visit by a multidisciplinary team of peers.

“Bill was a respected site visitor with us for 20 years. He made health department staff feel more at ease during a sometimes stressful process, and he also served as an excellent mentor for new site visitors,” said Amy Belflower Thomas, MHA, MSPH, CPH, director of community assessment and strategy at the Gillings School’s North Carolina Institute for Public Health. “He had such a passion for public health and was an important and revered public health servant for our state.”

According to friends and family, Smith devoted his life to ensuring that as many services as possible were available in rural health departments throughout North Carolina. In his community, he oversaw the development of a model obstetrical care program; the launch of a multicounty, public/private immunization tracking system; the establishment of three primary care clinics — Robeson Child Health Plus, Adult Health Plus and Family Dentistry Plus — and the development of a Satellite Animal Shelter.

During his time as health director, he received numerous awards for his dedication, including the Rankin Award, the Ham Stevens Award and the Ronald H. Levine Award for Lifetime Achievement. He sat on boards or organizations such as Palmer Prevention, Robeson County Community in Schools, Robeson County Juvenile Crime Prevention and Robeson County Partnership for Children.

“Over Bill’s 30+ years at the Robeson County Health Department, he was instrumental in creating and establishing services that may go unknown to most of the public but have benefited the local community,” his obituary states. “These include trailblazing efforts in livestock ordinances and tattoo/piercing regulations that received state and national recognition. His legacy lives on in public health through the plethora of public health professionals he has trained and mentored throughout the years.”

Smith also contributed informative columns to the local newspaper’s health section, acting as a key source of information during the COVID-19 pandemic and other health crises.

Smith adored his children and also enjoyed coaching a wide range of sports — whether or not his family members were on the team! Over the years, he coached an incredible number of groups in baseball, softball, basketball and soccer.

“Bill lived to serve others in so many more ways than one and he used his talents exceptionally,” his obituary concludes. “Whether you knew him as boss, colleague, mentor, confidant, friend, father or coach, you got the best of Bill.”