A new study at UNC Gillings School of Global Public Health found that prenatal exposure to inorganic arsenic may lead to detrimental health effects and gene reprogramming in children. The findings were published Oct. 10 in Toxicological Sciences, the official journal of the Society of Toxicology. 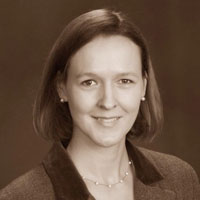 Rebecca Fry, PhD, associate professor of environmental sciences and engineering at the Gillings School, and colleagues found that arsenic, a metalloid that can contaminate drinking water around the world, can affect the control of gene expression — the process by which information from a gene is used in the synthesis of a functional gene product — and lead to impaired fetal growth, preterm labor, low birth weight and early pregnancy loss.

Joining Fry in the study of maternal arsenic exposure were Daniel Rojas, doctoral student in the UNC Curriculum in Toxicology; and Gillings School researchers Julia E. Rager, PhD, postdoctoral fellow, Katherine A. Bailey, PhD, a Gillings School postdoctoral fellow at the time of the study, and tissue culture specialist Lisa Smeester, MS, all in environmental sciences and engineering; and Zuzana Drobna, PhD, research assistant professor, and Miroslav Styblo, PhD, professor, both in the nutrition department.

Millions of people around the world drink water with levels of inorganic arsenic that exceed standards set by the World Health Organization and Environmental Protection Agency. Chronic exposure to arsenic, which also is used in pesticides, semiconductors and wood products, has been linked to skin lesions, cardiovascular and vascular disease, cancer and diabetes.

Fry’s study examined newborn cord-blood samples from a cohort of 200 pregnant women in Gomez Palacio, Mexico, and measured levels of inorganic arsenic. Related to arsenic exposure, a set of genes including KCNQ1, a known imprinted gene, was identified to have changes in DNA methylation.

Elevated DNA methylation levels were associated with differences in birth outcomes, including gestational age (babies were born before full term) and altered head size. Methylation is a biochemical process in which a methyl group is added to the cytosine in DNA and represents an “epigenetic” modification.

Fry’s study highlights that the development of arsenic-related diseases likely results from the concerted action of several mechanisms of toxicity, including gene silencing, altering protein function and generation of oxidative stress.

More than half of the drinking water samples taken in Gomez Palacio exceeded WHO guidelines for arsenic content and indicate that pregnant women drinking municipal water and their babies are at risk for elevated exposure to arsenic.

The findings also raise concerns about later-life health effects in the children of the study and underscore the risks associated with arsenic exposure in vulnerable populations.