Batteries, a common type of energy storage system (ESS), could be critical in the transition to clean energy. They can complement renewable energy sources and help the grid manage fluctuations between supply and demand. But the same characteristics that make batteries attractive could enable users to exploit the electric power system for private profit while increasing overall costs and making grid management more difficult. 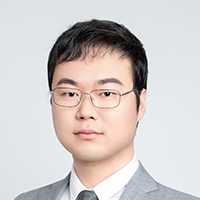 “Most studies assume benign battery energy storage operation—or at least operation that doesn’t actively hurt the goals of the wider system,” said Shan. “Not only that, but the studies also adopt methods that don’t consider the technical constraints of grid operation, including the fact that different power plants have different capabilities and restrictions.”

The result, according to the authors, is that studies have focused more on the opportunities afforded by batteries and less on the full range of potential scenarios that could result from their use in the real world, some of which are negative.

The study team simulated the operation of the power grid in Texas, focusing on what happens when the owners of power plants deploy 700 Megawatts (MW) of storage under three different modes of battery operation. They chose 700 MW because it represented 1% of peak demand in Texas in 2018. While this might seem like a lot, according to Shan, “in a world that deploys a lot of renewables in pursuit of deep decarbonization, we will need much more than that.”

One of these battery modes has been commonly investigated in previous studies: peak shaving. This is where the battery charges when demand is lowest and discharges when demand is highest, helping its owner avoid expensive power and the wider power system reduce the demand that power plants would need to meet.

The alternative modes of operation have not been investigated in detail. One is load leveraging, where a battery charges when demand is highest – increasing stress on the power system – and discharges when demand is second highest. This practice costs the battery owner money but drives power prices higher so that other power plants can earn additional income. The other mode of battery operation, ramp augmenting, happens when the battery increases stress on the power system by forcing power plants to adjust even more rapidly to changes in demand.

In the latter two modes of battery operation, the owners of the combined power plant and battery portfolio could potentially lose money on the battery but accumulate high profits through the power plants. Both modes also increase total power system costs.

According to Shan, “the results suggest that operators of baseload coal and nuclear power plant units have a strong incentive to own a large ESS individually and operate it in load leveraging mode, whereas operators whose portfolio is dominated by natural gas would pursue the ramp augmenting mode.”

Operating under these modes could also make grid operations more difficult and, if deployed widely, could endanger the reliability of the electric grid. The consequences of power outages can be critical and, in some cases, deadly, as residents of Texas experienced during the 2021 power crisis.

The authors also describe a new form of market power that these batteries could exercise when operating in “deleterious” modes. Instead of delivering or withholding energy, they can deliver or withhold flexibility. When they withhold flexibility – as they do in the ramp augmenting mode – they can manipulate the operations of different generators and the distribution of profits without a substantial change in market prices.

“There are situations where operating storage profitably also benefits the wider power system,” Abdulla says, “but we should not assume the two go hand-in-hand. More importantly, we need to consider how complicated it will be to regulate this new energy system that we are building.” Abdulla is eager to see more storage deployed on the electric power system, but with caution. “We need to model these plausible scenarios now and pre-empt them now.”

The consequences extend beyond storage. For deep decarbonization – a process that aims to reduce carbon emissions to nearly zero – the International Energy Agency expects the investment in new electric power infrastructure to be on the order of the world’s gross domestic product.

The study team believes that while experimentation and mistakes are likely, the goal should be to minimize unintended effects. In the process, “you’re not just saving investors money,” Abdulla says, “you’re also ensuring that the clean energy transition continues to enjoy public and political support.”