A study from the University of North Carolina’s Lineberger Comprehensive Cancer Center could help predict resistance to treatments for pancreatic cancer — one of the deadliest cancer types.

In Clinical Cancer Research, a journal of the American Association for Cancer Research,  researchers reported findings on how two subtypes of pancreatic cancer respond to treatments differently. Importantly, they found that one subtype of the disease showed poor responses to common therapies, and also had a worse survival rate. 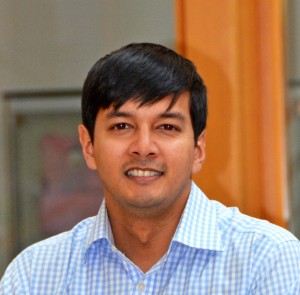 The researchers were led by Naim Rashid, PhD, assistant professor of biostatistics at the UNC Gillings School of Global Public Health, and Jen Jen Yeh, MD, professor of surgery and pharmacology at UNC’s School of Medicine, both of whom are members of the Lineberger Center.

“Our study evaluated the best way to classify tumors according to available treatment response data from prior clinical trials,” said Yeh. “Our hope is that we can use this information to tailor treatments and potentially avoid giving therapies that may not work well for certain patients.”

Pancreatic cancer is one of the deadliest cancer types, with just 9.3% of patients — or fewer than one in 10 — surviving five years after diagnosis, according to the National Cancer Institute. The disease is typically diagnosed in later stages, when the cancer has already spread.

In 2015, UNC Lineberger researchers discovered two major subtypes of pancreatic cancer based on the molecular and genetic features of the disease. However, several other research groups reported different classification systems with three and four subtypes. Researchers said consensus was lacking regarding which of the proposed systems was optimal for clinical decision-making.

Importantly, the data also showed that patients classified as having the basal-like subtype showed much poorer response rates to treatments than the other subtype. In the two trials, basal-like tumors showed no response to Folfirinox, a standard therapy that combines five chemotherapy agents, or a different treatment that uses Folfirinox as a backbone.

“In the context of these two trials, basal-like tumors didn’t respond well to common first-line therapies,” Rashid said. “In the future, perhaps we can use these subtypes to optimize therapies for patients.”

The other tumor type, which they called “classical,” showed a better response to traditional Folfirinox treatments.

“We want to know which therapies are best for the patient so that we can maximize response and quality of life,” Yeh said. “For pancreatic cancer, where time is more limited, this becomes even more important.”

The researchers also reported that they were able to simplify and adapt their classification method so it can be used in clinical settings and used to generate subtype predictions for a single patient.

This new subtype classification method, which they generated using machine-learning approaches, relies on comparisons of how nine specific pairs of genes are expressed. They found this method to be extremely accurate, even when it was used to classify tumor samples that were processed and stored differently and used different methods of gene expression measurement.

“This study basically provides the evidence that this is something we can feasibly do in the clinic,” Yeh said.

The researchers are working to bring their classification algorithm, which they called PurIST, into a form that can be used in future clinical trials at the North Carolina Cancer Hospital, the University of Rochester and the Medical College of Wisconsin. Yeh said their next step is to conduct clinical trials to try to understand how the tumor subtypes can inform the way patients will likely respond to treatment. They are also trying to understand further differences between the two subtypes.

Rashid said: “We want to use the prediction model we developed in actual trials to ensure patients are placed on optimal therapies up-front in order to optimize their survival and other outcomes.”