A tax on sugar-sweetened beverages (SSBs) implemented by Berkeley, Calif., on March 1, 2015, created a drop in SSB purchases, according to a new study co-led by researchers at The University of North Carolina’s Gillings School of Global Public Health and the Public Health Institute of Oakland, Calif. The study found that, in the year following implementation, the prices of SSBs had increased in many Berkeley settings while SSB sales declined and sales of untaxed beverages, especially water, increased. However, study findings also indicate that the average bill paid consumers at the grocery checkout did not increase after the tax was implemented. 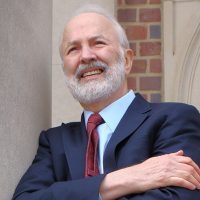 Published online April 18 in PLOS Medicine, the study,  “Changes in prices, sales, consumer spending, and beverage consumption one year after a tax on sugar-sweetened beverages in Berkeley, California, US: A before-and-after study,” examined the association with beverage prices, sales, store revenue, consumer spending and beverage intake. The one-cent-per-ounce excise tax was described as a measure to improve health and raise revenue to prevent obesity and diabetes. It was the first such tax in The United States enacted by a relatively prosperous community. Key results included:

“Looking across the three data sources used in our study, we believe that the SSB tax in Berkeley is associated with lower SSB sales and higher water sales within the city,” said Shu Wen Ng, PhD, UNC research associate professor of nutrition and the study’s first author. “Recent passage of SSB taxes in a number of the neighboring Bay Area cities of Oakland, Albany and San Francisco creates an opportunity for continued evaluation across these locations.” 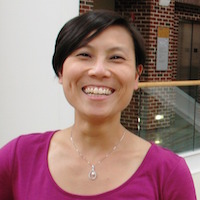 In the study, the researchers compared pre-taxation and first-year post-taxation measures, including beverage prices at 26 Berkeley stores; point-of-sale scanner data on 15.5 million checkouts for beverage prices; sales and store revenue for two chains, covering nine large supermarkets (three in Berkeley and six control markets in adjacent cities); and a representative telephone survey of 957 adult Berkeley residents about their beverage intake.

As noted above, volume sales of taxed SSBs fell by 9.6 percent, while sales of untaxed beverages rose 3.5 percent, and total beverage sales in Berkeley rose. Consumer spending per transaction (average grocery bills) and store revenue did not change in the city, while SSB sales rose 6.9 percent in comparison cities.

Popkin noted that this large an impact on the taxed and untaxed beverage sales in Berkeley was remarkable, given that the highly educated and higher-income people in the Berkley community already consumed fewer sugary beverages than people in many U.S. cities.

“While national per-capita consumption of SSBs in the U.S. during the baseline period was 131 kcal/day, per-capita consumption in Berkeley was only 45 kcal/day,” Popkin said. “This suggests we will see a much larger tax impact in other U.S. cities with similar or higher tax levels but with significant lower income populations with greater health needs.”

Changes in self-reported SSB intake were not statistically significant. Evaluation of taxation in jurisdictions with more typical SSB consumption is needed to assess broader dietary and potential health impact.

“The Berkeley tax is a home run—it helped residents make healthier choices, it raised revenue for promoting health, and we saw no evidence of higher grocery bills for consumers or harm to local business revenue,” said lead author Lynn Silver, MD, MPH, of the Oakland-based Public Health Institute. “These findings confirm that sugary drink taxes make health and economic sense at a time when obesity and diabetes epidemics are sweeping our communities, and health care spending is threatened.”

The study was funded by the Bloomberg Philanthropies with support from UNC’s Carolina Population Center and its National Institutes of Health (NIH) grant.