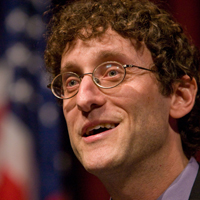 Amidst the changing landscape of health policy and reform, even politically savvy Americans can become confused by the language candidates use to describe public health insurance proposals. Policies that share the same name – “Medicare for All” – often do not have consistent definitions. The question of what “Medicare for All” or a “public option” actually means is indicative of a larger debate about the role of the government in United States health care.

In the Milbank Quarterly — a multidisciplinary journal of population health and health policy — Jonathan Oberlander, PhD, recently tackled the context behind this discourse in a Perspective piece titled, “Navigating the Shifting Terrain of US Health Care Reform—Medicare for All, Single Payer, and the Public Option.” Oberlander is a professor and chair in UNC’s Department of Social Medicine and a professor of health policy and management at the UNC Gillings School of Global Public Health.

In the article, Oberlander tracks the rhetoric of health care reform in the United States back a full century, starting from the use of terms like “social” and “compulsory” insurance in the early 1900s. The evolution has continued, moving through the enactment of Social Security and Medicare until arriving at the “Medicare for All” plans seen today.

In the run up to the 2020 presidential election, many of the Democratic candidates have used Medicare in the branding of their health care proposals. Oberlander suggests this is intentional, because it connects Americans to an already existing and successful health care program in the U.S. as opposed to the nebulous concerns that a foreign model might bring to mind.

However, as popular as Medicare may be, there is no consensus over how to expand it or even what “Medicare for All” means.  In part, this reflects longstanding debates in the U.S. about the respective roles of private plans and government programs in providing health insurance, as well as misunderstandings about Medicare, which today has a large private insurance component.

Each of these proposed models reflects differing assessments by reformers of how to to balance “pragmatism with principle,” according to Oberlander. Medicare expansion promises to be one of the core issues in the 2020 election, and likely beyond.

“For the first time in more than 40 years, the Democratic nominee for president may run on a platform of Medicare for All,” says Oberlander. “This is an historic moment in American health politics — the question is what will happen after 2020.”