A report released recently by the Centers for Disease Control and Prevention (CDC) reveals that the prevalence of autism detected in children ages 4 and 8 in the United States has seen an increase over previous years. This is based on 2016 data from monitoring performed by the Autism and Developmental Disabilities Monitoring Network (ADDM). It found that the prevalence of autism spectrum disorder (ASD) detected in 8-year-olds in North Carolina was significantly higher than the national average, while the prevalence detected in 4-year-olds in North Carolina was lower. 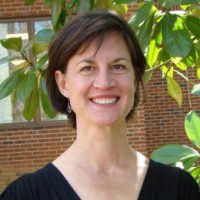 The North Carolina branch of the ADDM (NC-ADDM) is led by Julie Daniels, PhD, professor of epidemiology and maternal and child health at the UNC Gillings School of Global Public Health. The NC-ADDM collaborates with the CDC and the North Carolina Department of Health and Human Services to track the number and characteristics of 4-year-olds and 8-year-olds with ASD or intellectual disabilities in central N.C. – specifically in Alamance, Chatham, Orange and Wake counties.

The ADDM’s data revealed that an estimated 1 in 39, or 2.5%, of 8-year-olds had been identified as having ASD in N.C. – higher than the national average of 1.85% in communities where ASD prevalence was monitored. Based on ADDM data from 2002 to 2014, the state’s estimated rate of cases has consistently been higher than the national average, but the prevalence in 2016 is significantly higher than even previous estimates. This could be due, in part, to the fact that the 2016 study on 8-year-olds monitored a geographic region that was smaller than in prior studies and had high levels of access to support services for children with developmental disabilities.

An estimated 1 in 84 of 4-year-olds in N.C. had been identified with ASD, lower than the national average of 1 in 64. According to the study, one county lacked data on ASD monitoring for 4-year-olds, which may have contributed to this low prevalence.

While the prevalence of ASD was found to be nearly five times higher in boys than in girls, Hispanic children in N.C. were identified at a lower rate than children who were Black, white or Asian/Pacific Islander. This may be reflective of socioeconomic, language or cultural barriers that can prevent Hispanic children from accessing support services that could help them to receive an early ASD diagnosis.

These results are critical in helping researchers identify solutions that can improve access to early ASD diagnoses and treatments for N.C. children, especially for Hispanic children and their families. While the rate of early evaluation and diagnosis in the state is an encouraging sign, the findings indicate more room for improvement in ensuring all children receive a developmental evaluation as soon as possible.

“While this was our last year of funding for this work, we have another ongoing autism study – the Study to Explore Early Development (SEED) – that is exploring the causes and correlates of autism,” said Daniels. “This study collects data from young children and their families. We are also finishing a pilot that follows the participants of SEED into their teenage years to document the health and educational needs of teenagers with autism and their families.”

Read the full study on the prevalence of ASD in children aged 8.

Read the full study on the early identification of ASD in children aged 4.