Lower-income Americans are more likely to smoke cigarettes than those who are more affluent. While the federal government and most states have set goals to reduce income-based disparities in tobacco use, only one state has lessened the gap. Researchers at the UNC Gillings School of Global Public Health and UNC’s Lineberger Comprehensive Cancer reported on the findings in Preventive Medicine. 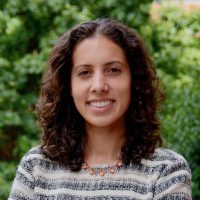 “Despite being a priority for state tobacco control programs, other than New York, U.S. states have made no progress in reducing income-based disparities in smoking,” said the paper’s first author Sarah D. Mills, PhD, an assistant professor in the Department of Health Behavior at UNC Gillings and member of UNC Lineberger.

Mills and her colleagues used data from the Behavioral Risk Factor Surveillance System to examine smoking status of adults in all 50 states and the District of Columbia between 2011 and 2017. The researchers categorized those with incomes in the lower 33% of all reported household earnings in their respective state as “lower income.” All other residents were categorized as higher income. This parameter intentionally reflected findings from other studies that determined approximately one-third of the U.S. population is considered to be poor or nearly poor. Across all states, the lower income group consisted of those with reported household earnings of less than $35,000.

Lower-income residents in every state were 1.4 to 3 times more likely to smoke in 2017. Only one state — New York — experienced a reduction in income-based disparities in smoking between 2011-2017. Three states — Florida, Maine and West Virginia — saw disparities increase during the same time period.

Although smoking rates have declined across all income groups in the U.S., the decrease has been greatest among those with annual household incomes of $35,000 or more.

“Although we are effectively reducing smoking rates in the general population, we are not making progress in reducing income-based disparities,” Mills said.

The researchers did not study the relationship between tobacco control policies and smoking rates, but they noted that New York made the cost of smoking more expensive when it raised cigarette taxes by $1.60 in 2010. In addition, New York City raised the minimum price of a package of cigarettes to $10.50 in 2014. 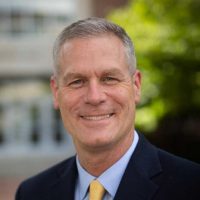 “Reducing income-based disparities in smoking is critical to making progress in tobacco control and reducing the disproportionate burden of smoking-related diseases experienced by those with lower incomes,” said corresponding author Kurt M. Ribisl, PhD, the Jo Anne Earp Distinguished Professor and chair of the Department of Health Behavior at UNC Gillings and co-leader of UNC Lineberger’s Cancer Prevention and Control Program.

“Our study makes it clear that the current approach to implementing tobacco control programs and policies has been far less effective in reducing smoking rates among lower-income people,” Ribisl said. “Tobacco control programs need to make fundamental changes to ensure the deadly toll of tobacco use does not continue to fall hardest on low-income smokers.”

“Ideally, tobacco control policies and programs should either have a pro-equity impact, meaning they have a greater health-promoting impact among more disadvantaged populations, or they should be adapted specifically for lower-income smokers,” Mills said.

In addition to Mills and Ribisl, the paper’s other authors are Shelley Golden, PhD; Tara Queen, PhD; and Amanda Kong, MPH.