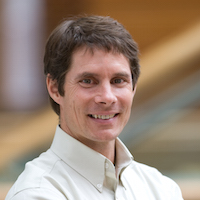 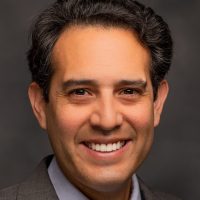 Recent research by a team that included William Vizuete, PhD, and Marc Serre, PhD, associate professors at the UNC-Chapel Hill Gillings School of Global Public Health, adds to mounting evidence that long-term exposure to particulate matter pollution contributes to memory loss and may accelerate aging of the brain, especially later in life.

The study, “Exposure to Fine Particulate Matter and Temporal Dynamics of Episodic Memory and Depressive Symptoms in Older Women,” published in February in Environment International, focused on pollution from very small particulate matter with an aerodynamic diameter of less than 2.5 microns (PM2.5) because previous studies have associated this type of pollution with cognitive deficits in humans and animals. Data also suggest that exposure to these small particulates increases risk of depression. Possible explanations for these effects include inflammation of nervous tissue, oxidative stress, vascular damage, general or peripheral inflammation, or direct damage.

The recent study drew on a bank of data from an earlier initiative of the National Institutes of Health examining memory and health in women ages 50–79 during a 15-year period. The Women’s Health Initiative Study of Cognitive Aging (WHISCA) collected longitudinal data on more than 2,000 women who did not display dementia in 1999. The WHISCA used the 15-item Geriatric Depression Scale to assess depressive symptoms at baseline and end line, and episodic memory was assessed by reading participants a list of 16 words and then asking them to repeat the words they remembered. Cognitive impairment and dementia were detected through a battery of tests conducted by telephone and were classified according to the Fourth Edition of the Diagnostic and Statistical Manual of Mental Disorders.

The WHISCA data proved particularly useful because of the length of time it covered and because it involved geolocation data from across the country. The cognitive testing, the women’s age, and the size and national aspect of the cohort made it relevant for the research team’s needs. Vizuete and Serre developed innovative methods to use location information collected through the WHISCA to construct models that estimated participants’ PM2.5 exposure based on data from the United States Environmental Protection Agency. 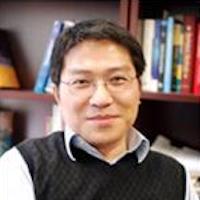 The research team — which was led by senior author Jiu-Chiuan Chen, MD, ScD, associate professor of preventative medicine at the University of South California Keck School of Medicine — found that higher exposure to PM2.5 was associated with greater annual declines in verbal learning and ability to recall information after both a short and long delay. These findings that build on a 2014 study involving less robust tests of memory.

The data suggest that exposure to PM2.5 damages areas of the brain responsible for episodic memory — and that accelerated episodic memory loss is associated with symptoms of depression. Though there is a link between depressive symptoms and accelerated brain aging and dementia, the direction of this relationship is unclear.

“This study shows that there is a connection with damage to brain areas and chronic exposures to PM2.5,” said Vizuete. “There are very few findings that have made this kind of connection with PM2.5. This one was only made possible by the methods Dr. Serre and I developed to estimate PM2.5 exposures for this national cohort.”

“These articles, when put together, suggest that PM2.5 exposure is an environmental risk factor for accelerated aging of the brain in later life,” he said. “This has implications for why and how we regulate PM2.5.”

A growing body of research on particulate matter pollution has made its dangers increasingly apparent. A recent study covered by The New York Times exposed links between chronic exposure to PM2.5 pollution and increased levels of COVID-19 mortality. 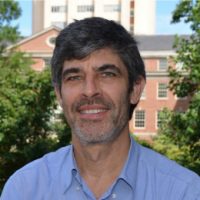 The innovative research methods that Vizuete and Serre pioneered likely will prove useful for future research seeking to examine the impact of other types of environmental exposures.

“We are continuing to develop these estimation techniques as part of a study with Dr. Lawrence S. Engel, looking at the cohort involved in the Gulf of Mexico BP oil spill,” said Vizuete. “We will be able to provide, for the first time, estimations of this cohort’s exposure to benzene, toluene, xylenes and styrene since the oil spill, allowing researchers to discern between any impacts from the spill cleanup.”