Intimate partner violence is a precursor to 6.1% of all suicides, according to a new study led by researchers at the UNC Gillings School of Global Public Health and the Injury Prevention Research Center (IPRC).

Most available research on intimate partner violence (IPV) and suicide focuses on homicide-suicides, which is when an individual kills another person before taking their own life. This study has broadened understanding by including information about the role of IPV in single suicides, which is when a suicide is not connected to other violent deaths. Single suicides are the most common type of fatal violence in the United States. 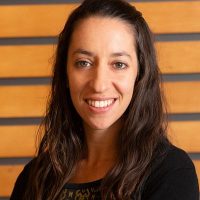 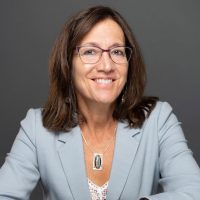 The study, published in Social Science and Medicine – Population Health, was led by Julie Kafka, doctoral student in the Department of Health Behavior and fellow at IPRC, along with health behavior researchers Beth Moracco, PhD, associate professor and director of IPRC, Caroline Taheri, Master of Public Health student, and Belinda-Rose Young, doctoral student and associate director of research and translation and IVP fellow at IPRC.

The study team examined 2010-2017 data from the North Carolina Violent Death Reporting System (NC-VDRS). NC-VDRS includes text narratives about the circumstances known about each violent death that occurs in the state, such as mental health challenges or past suicide attempts, using information compiled from the coroner or medical examiner, law enforcement and death certificate records. The study authors coded and qualitatively reviewed a sample of death narratives for single suicides to explore how often IPV was mentioned as a key circumstance leading up to the death.

This study highlights some important opportunities for integrated IPV and suicide prevention.

“We were really surprised to see how many suicides were connected to IPV. Our study was pretty conservative in our approach, so the total contribution of IPV to suicide is probably much higher,” Kafka said. She also pointed to some additional key takeaways from this study: “It’s interesting because previous IPV research has focused only on suicidal thoughts and behaviors among female IPV victims, or on homicide-suicide. Our study shows that a large group is being left out of the conversation; many male IPV perpetrators die by suicide (without committing homicide). Shifting our focus to consider this overlooked group could help us find new ways to effectively prevent both interpersonal and self-directed violence, which is really exciting.”