Far more children may have fetal alcohol spectrum disorders (FASD) in the U.S. than was previously thought, according to a new study at The University of North Carolina at Chapel Hill. 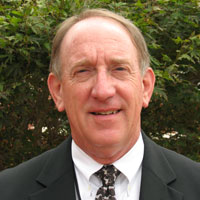 Philip A. May, PhD, research professor of nutrition at the UNC Gillings School of Global Public Health, and colleagues found that as many as 48 children per 1,000 have some form of fetal alcohol exposure disorder. May presents his findings in “Prevalence and Characteristics of Fetal Alcohol Spectrum Disorders,” published online Oct. 27 in Pediatrics, the journal of the American Academy of Pediatrics.

Children with FASD have physical and behavioral problems, including difficulty learning, memory impairment, lack of emotional control and difficulty with daily life skills. Current estimates of the prevalence of FASD in the general population can be as many as 9 per 1,000 children. In the study’s sample group, that number was as high as 48 per 1,000.

May’s study sampled first-grade students in a representative Midwestern U.S. community. Residents were predominantly middle-class, with a per-capita income of $28,000 and median household income of $51,000. The measures were virtually identical to the national averages.

Children were screened based on size, behavior and cognition. First-graders who had FASD performed, on average, significantly worse on cognitive and behavioral tests and measures. Indicators included minor facial anomalies, head circumference and height or weight less than or equal to the lowest one-tenth.

Mothers were interviewed, which allowed researchers to identify such variables as late recognition of pregnancy, quantity of alcohol consumed three months before pregnancy and during pregnancy, and quantity of drinking reported for the child’s father.

Mothers of children who had FASD reported first recognition of pregnancy further into gestation than did controls and said they had fewer health-care provider visits during pregnancy. Mothers also reported more first-trimester alcohol consumption and a higher likelihood of binge drinking.

May and his collaborators conclude that FASD can be readily identified in U.S. school populations by using active case ascertainment methods among children in representative middle-class communities.