Published in the American Journal of Preventive Medicine, a recent study evaluates therapeutic diversion units (TDUs), which are treatment-oriented prison housing units for people with a mental illness who are incarcerated. TDUs are staffed with behavioral health, nursing and custody professionals. They provide an alternative to restrictive housing. 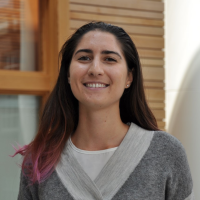 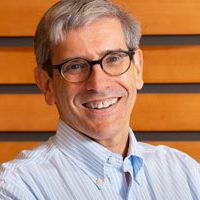 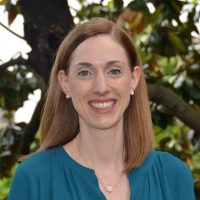 The study examines data regarding N.C. offenders who have both a diagnosed mental illness and a history of restrictive housing placement for their behaviors. Researchers found that offenders assigned to a TDU instead of restrictive housing were at least three times less likely to commit further infractions, harm themselves or require inpatient mental health treatment.

“You have to protect the safety of prison staff and populace, so you must remove someone who represents a threat, at least temporarily, from the general population,” Ishee said. “But at the same time, you don’t want to put someone in restrictive housing for an action they’ve taken in a moment of crisis. It’s better to give them the help they need.”

Previous studies have found that people with a mental illness who are incarcerated are 30-60 percent more likely to be assigned to restrictive housing. Charles Mautz, MA, a co-author of the new study, said the data indicates TDUs are a viable, safe alternative for those with a mental illness when they otherwise might be assigned to restrictive housing.

“What we have is a rigorous, objective evaluation of particular outcomes from this one method of housing and providing programming, compared to another, for a similar population,” said Mautz, administrator of the state prison system’s in-house research unit, the Innovation Institute. “The key implication is that therapeutic diversion units can provide a therapeutically oriented alternative to restrictive housing that benefits this vulnerable group without posing an increased risk to safety.”

Study results indicate that those assigned to a TDU instead of restrictive housing were:

The results for self-injury, including suicide, are critical indicators of the impacts TDUs can have, said Gary Junker, PhD, also a study co-author and director of health and wellness for the state prisons system. Prisons’ own past research has indicated that nearly half of all self-harm or self-mutilation occurs in restrictive housing.

“There’s a body of research that indicates just how adverse restrictive housing can be for people who suffer from a mental health disorder—depression, anxiety, psychiatric distress, even feelings of dehumanization and loss of identity,” Junker said. “We now have data, which came from our own incarcerated populations, to guide us as we determine best practices.”

The study was a collaboration among the N.C. Department of Public Safety—Prisons, IPRC and the N.C. Department of Health and Human Services’ (DHHS) Division of Public Health. Researchers examined 2016-2019 data for nearly 3,500 people with a mental illness who were incarcerated. Of those, 463 had been assigned to a TDU and the remainder to restrictive housing.

“These study findings — which indicate that TDUs have beneficial impacts on mental health, including self-harm and behavioral infractions, without posing a security risk — support the expansion of diversionary programming in prisons that reduce the amount of time incarcerated individuals spend in solitary confinement,” Remch said. “We hope this can be used to support the expansion of prison programs that divert individuals from solitary confinement.”

Tim Moose, N.C. Department of Safety chief deputy secretary for the Division of Adult Correction and Juvenile Justice, said the study reflects a commitment both to innovation and to providing appropriate care to the offenders in state custody.

“I want to thank our partners at the UNC Injury Prevention Research Center and at DHHS for their assistance and collaboration in this important study,” Moose said. “And most especially, thanks go to Dr. Junker and our mental health professionals, nurses and corrections staff working in our facilities, who since 2016 have been working to implement and refine the innovative TDU concept in prison locations as a means to both enhance safety and provide much-needed mental health treatment for the offender population, most of whom will transition back to live in our communities.”

Read the full press release from the N.C. Department of Public Safety.