A new COVID-19 mouse model developed at the University of North Carolina at Chapel Hill captures many of the features of the human disease and has helped advance a vaccine candidate to clinical trial.

Researchers, including several virologists and microbiologists at UNC’s Gillings School of Global Public Health, describe the mouse-adapted SARS-CoV-2 model in a paper fast-tracked and published August 27 in the journal Nature. 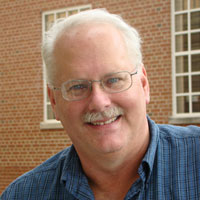 Small animal models that replicate SARS-CoV-2 are desperately needed because they allow researchers to rapidly evaluate medical countermeasures to the virus. This mouse model — developed in the laboratory of virologist Ralph Baric, PhD, William R. Kenan, Jr. Distinguished Professor at the Gillings School — already has been used to accelerate the development of Operation Warp Speed vaccines.

The model is expected to have a further positive impact on the development of antivirals, vaccines and antibodies in the fight against COVID-19, which has reached nearly 6 million confirmed cases in the United States and continues to be widespread in many communities.

In January, as scientists geared up to research the dangerous new illness, all eyes were on ACE2 — a protein that sits on the surface of many types of cells in the human body, including cells in the heart, gut, lungs and nasal cavity. SARS-CoV-2, the coronavirus that causes COVID-19, latches onto the ACE2 receptor and uses it to enter cells and begin growing, leading to infection.

Researchers discovered, however, that SARS-CoV-2 cannot latch onto the mouse version of the ACE2 receptor. For a time, this difference rendered mouse studies essentially useless in the fight against the pandemic.

That changed thanks to the team at the Baric Lab, which has a history of generating mouse models for other coronaviruses like SARS-CoV and MERS-CoV. By changing two amino acid positions in the viral genome, they generated a mouse-adapted virus capable of infecting standard laboratory mice with COVID-19. 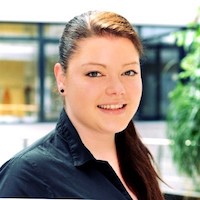 Study co-author Sarah R. Leist, PhD, a research associate in the Baric Lab, said that the new model began “generating mild symptoms in young mice and in old mice, with more severe disease in line with what had been reported in the human population.”

By spring, the researchers were able to begin multiple studies involving mice. 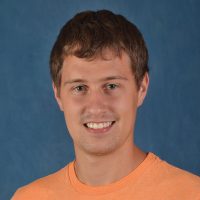 “We have used our SARS-CoV-2 mouse-adapted model to test a few medical countermeasures already,” said lead study author Kenneth H. Dinnon III, a graduate research assistant in the Baric Lab. “We collaborated with the National Institutes of Health Vaccine Research Center and Moderna to test their mRNA-1273 human vaccine candidate and showed that the therapy effectively protected mice from infection. We also worked with several academic groups to test other vaccine platforms, including alphavirus replicon platforms developed in our own laboratory.”

The model is now being used in studies of another therapeutic possibility: antibodies, which are designed to harness the body’s natural ability to target and fight threats. The Baric Lab team has worked with other laboratories to identify and test the most promising human monoclonal antibodies to determine if they can bind and neutralize SARS-CoV-2 in mice.

Other experiments described in the Nature study reveal that mice given single injections of interferon lambda-1a — either before or after infection with SARS-CoV-2 — were protected from virus replication and loss of lung function. The UNC mouse model is the first to show that this kind of treatment works against SARS-CoV-2 in a living organism, which supports ongoing clinical trials at Stanford University.

These many milestones are just part of the track record of researchers in the Baric Lab and the Department of Epidemiology at the Gillings School. Lab work conducted at Gillings also accelerated the antiviral remdesivir to clinical trial. Today, remdesivir is in demand worldwide for its ability to speed recovery among hospitalized COVID-19 patients.

“This new mouse model will be made available to other researchers,” Baric said. “It will allow the greater research community a system to understand how the novel coronavirus causes diseases and to test various therapies and vaccines currently under development in the U.S. and around the world.”