Most breast cancer patients may not be getting enough exercise

Published online June 9 in Cancer, a peer-reviewed journal of the American Cancer Society, the findings indicate that efforts to promote physical activity in breast cancer patients may need to be significantly enhanced. 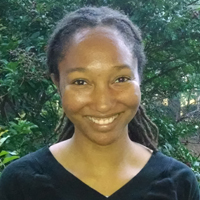 The researchers found that only 35 percent of breast cancer survivors met current physical activity guidelines post-diagnosis. A decrease in activity approximately six months after diagnosis was reported by 59 percent of patients, with the average participant reducing activity by 15 metabolic equivalent hours—equivalent to about five hours per week of brisk walking. When compared with white women, African-American women were about 40 percent less likely to meet national physical activity guidelines post-diagnosis, although their reported weekly post-diagnosis physical activity was not significantly different from that of white women (12 vs. 14 metabolic equivalent hours). Hair noted that African-American women experience higher mortality from breast cancer than do other groups in the United States.