Little known about needs of people who experience menopause while incarcerated

The transition to menopause creates unique health needs that can impact physical and mental well-being, and an increasing number of people experience this transition while incarcerated. Results from a pilot study by UNC-Chapel Hill suggest that jail and prison facilities may not sufficiently meet these needs, which contributes to increased distress and compounds existing systems of injustice. 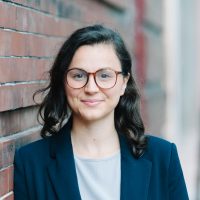 The study, titled “Brief Report: Experiences of menopause during incarceration,” was recently published online ahead of print in Menopause: The Journal of The North American Menopause Society. The pilot study was led by Elana F. Jaffe, MPH, a 2020 alumna of the UNC Gillings School of Global Public Health, and was part of her master’s thesis in the Department of Maternal and Child Health. Jaffe collaborated with Aunchalee Palmquist, PhD, assistant professor of maternal and child health, and Andrea K. Knittel, MD, PhD, assistant professor of obstetrics and gynecology.

The number of women over the age of 45 experiencing incarceration in the U.S. is growing, but there isn’t much evidence on the extent to which menopause-related health needs are being met in prison. Common symptoms of menopause include hot flashes, night sweats, migraines, irregular bleeding, aches and other body changes. Women who are experiencing incarceration often have higher rates of conditions and determinants that contribute to more severe symptoms, such as substance abuse, HIV or mental health disorders.

The women who were interviewed for the pilot study reported limited opportunities for relief and faced severe barriers to the care they needed. In some cases, the restrictions to proper care were so high that it led to further criminalization.

In jails and prisons, hygiene products were reportedly restricted, especially in facilities that were not subject to federal regulations. Access to medical and pharmaceutical treatment was similarly limited by availability, cost and inadequate provider management. Many facilities did not have proper air conditioning or ceiling fans to relieve hot flashes and other symptoms that affect well-being.

Psychological changes affected the way people going through menopause interacted with others and intensified feelings of aggression, irritability, loneliness and depression. The physical changes often caused shame or embarrassment. Some participants reported being punished for behavior that they attributed to symptoms, for actions taken to mitigate symptoms or for side effects of medication taken to manage symptoms.

Perhaps most commonly, study participants reported lacking critical social and informational support to manage menopausal symptoms. Jaffe noted that, in other settings outside the carceral system, evidence suggests that when individuals going through menopause report lower levels of social support, they face a higher risk of death.

The pilot study concludes that more research is crucial to guide changes in policy and practice that can address the unmet needs of this population. Jaffe, Palmquist and Knittel are continuing to research the experiences and needs of individuals going through the menopause transition while incarcerated in prison.

View a video summary of these findings, which recently won an honorable mention at the 3rd Annual Gillings School Student Entrepreneurship and Research Showcase.