Cancer mortality rates are down in the U.S., according to a new long-term study, but a deeper dive into the data shows that these reductions are not uniform across geographic regions and successful outcomes often remain highly dependent on where patients live and their economic conditions. Those are among the observations in a Journal of the American Medical Association (JAMA) editorial titled “Translating Cancer Surveillance Data Into Effective Public Health Interventions,” co-written by Stephanie B. Wheeler, PhD, MPH, associate professor of health policy and management at the University of North Carolina’s Gillings School of Global Public Health.

Wheeler and her co-author, Ethan Basch, MD, MSc, professor of health policy and management at the Gillings School and professor of hematology at UNC’s School of Medicine, said the findings of the study were highly encouraging, but that the data also revealed that improvement in cancer mortality among some populations has stagnated or is not keeping up with the overall national trend.

“A person’s risk of dying from cancer varies substantially across U.S. counties, but we have sophisticated statistical techniques and high-quality data to pinpoint where cancer mortality is highest and where to intervene with research-tested strategies to improve cancer outcomes,” Wheeler said. “We need to use these methods and data to more aggressively target and implement strategies that we know work, especially preventive strategies such as colorectal cancer screening and HPV vaccination. We must simultaneously work to improve accessibility to proven cancer treatments in diverse parts of the U.S.” 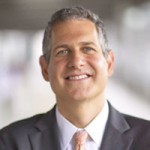 The study Wheeler and Basch commented on, “Trends and patterns of disparities in cancer mortality among U.S. counties, 1980-2014,” by Ali Mokdad, PhD, a researcher from the University of Washington, found a 20.1 percent decline in cancer mortality nationwide. The study also reported substantial variability in mortality rates across counties, with highest mortality concentrated in predominantly poor, rural areas of the U.S., including the southeast.

Wheeler and Basch argued that such analyses should be used to selectively target research-tested interventions to improve cancer care delivery in specific regions and communities most in need of support and falling behind national trends in cancer outcomes. Such work already is being pursued through Wheeler’s and others’ efforts in North Carolina, including targeted implementation of colorectal cancer screening programs, which has been supported by the University Cancer Research Fund.

“A one-size-fits-all strategy to improve cancer outcomes will not work,” Wheeler said. “The highest risk of cancer death is concentrated in regions characterized by poor, less educated, minority and rural populations. If the bulk of public health efforts are focused only among those people who  already better-resourced and continues to ignore underserved populations’ needs, such as ensuring affordability, price transparency, and value of cancer care, we risk worsening cancer disparities.  Locally-specific efforts are essential to improve cancer care and must be sensitive to local context, social norms, constraints, and healthcare resource availability.”

“We’re very uneven in how well we screen, prevent and treat cancer in different locations around the country, and people pay the price for that with their lives,” he said.

The full editorial can be found here.