In memory of Dr. Craig Turnbull 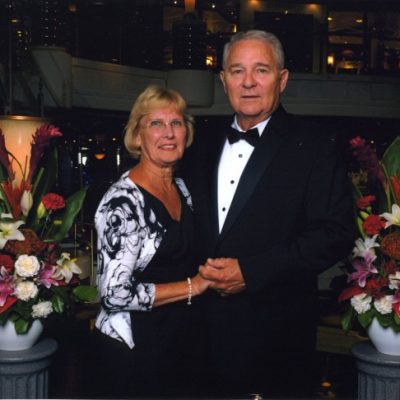 Prolific researcher and dedicated mentor Dr. Craig Turnbull has passed away. He had a profound personal and professional impact on the Gillings School of Global Public Health, especially undergraduate students for whom he advocated and worked tirelessly – ensuring they had a home at the School.

Turnbull’s entire career revolved around the Gillings School, starting as a student. He received a Master of Public Health degree in 1965 and Doctor of Philosophy degree in 1971, both from the Department of Biostatistics under the direction of former faculty member and world-renown demographer Dr. James Abernathy. Turnbull would go on to serve as a faculty member in biostatistics from 1972 to 2006, when he retired and became professor emeritus. 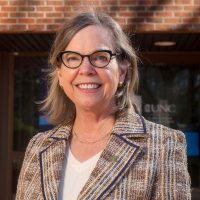 “I had the opportunity to get to know Dr. Turnbull during my graduate studies in the department and later hosted his classes for career events (now BIOS 691) while working at RTI and Quintiles,” said Lisa LaVange, PhD, professor and chair of biostatistics at the Gillings School. “He always impressed me as such a dedicated academician, giving his all to the department, and especially to the students. He has had a lasting impact on biostatistics through his leadership of the BSPH program in the early years.”

Turrnbull is perhaps most well-known as the director of the Bachelor of Science in Public Health program in biostatistics at UNC Gillings, from its inception in 1975 until he retired. This program was the first in the nation and the largest to date, and much of its initial success was directly attributable to Dr. Turnbull’s care and attention.

As director, he mentored countless BSPH students, many of whom have gone on to immensely successfully careers. His students often returned to campus to visit while he was still an active faculty member, and many acknowledged his mentorship through scholarships endowed in his name (Paula Brown Stafford – UNC Gillings School of Global Public Health).

He was a prolific public health researcher as well with over 350 publications and presentations to his name at the time of his retirement. Notably, he was the principal investigator of the first training grant in mental health statistics supported by the National Institute of Mental Health.

His service to his department, School and University reflected his dedication to his alma mater and a deep commitment to public health, exemplified by the leadership positions that he held in the UNC Gillings Alumni Association and the Delta Omega Honorary Society in Public Health. In 1997, he was awarded the Harriet Hylton Barr Distinguished Alumni Award for his commitment and service to public health, impact in his field and outstanding service beyond the requirements of employment.

One of his four children, Lori Evarts, MPH, associate professor, is also a Gillings School graduate in biostatistics and currently on the faculty in the Public Health Leadership Program, where she continues the legacy of her father through excellence in leadership and teaching.

The photo below (courtesy of Dr. Gary Koch) captures him in a lighter moment, as member of the biostatistics faculty intramural softball team in 1970 – which he used to refer to as the Greenberg Packers, after biostatistics founder, former chair and dean Bernard Greenberg. (Craig is in the top row at the far right.) 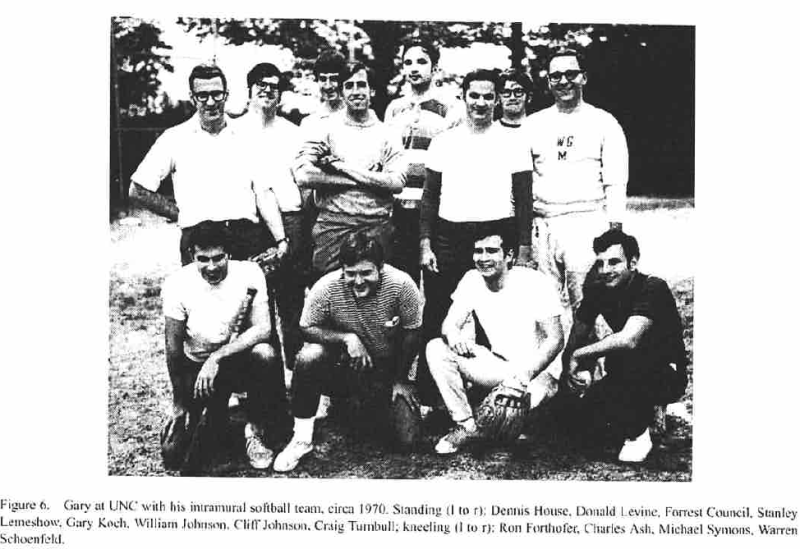 Donations in memory of Dr. Craig Turnbull may be made in support of The Craig D. Turnbull Endowed Scholarship at the UNC Gillings School of Global Public Health. Please make checks payable to the “UNC-CH Public Health Foundation” and mail them to: UNC-Chapel Hill, PO Box 309, Chapel Hill, NC 27514. (Please write “In memory of Dr. Craig Turnbull” in the memo line.) Donate online here: https://go.unc.edu/Turnbull