Cervical cancer screening with cytology – commonly known as a Pap test – is one of the most widely used cancer control interventions in high-income settings, and its use has significantly decreased cervical cancer morbidity and mortality. Despite this widespread use, however, it was estimated that 12,820 women in the United States would develop – and approximately 4,210 would die of – cervical cancer in 2017, confirming a continued need to improve cervical cancer prevention. 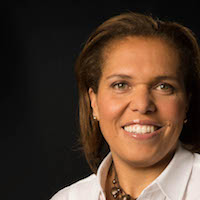 Liquid-based cytology (LBC) screens for cervical intraepithelial neoplasia (CIN, also known as cervical dysplasia), which is the abnormal growth of cells of the surface of the cervix that can lead to cervical cancer. Recently, researchers from British Columbia evaluated the effectiveness of a second method of screening: testing for human papillomavirus (HPV), which is the cause of almost all cervical cancer cases.

The full article on the study findings, titled “Effect of Screening with Primary Cervical HPV Testing vs Cytology Testing on High-grade Cervical Intraepithalial Neoplasia at 48 Months,” was published online July 3 by JAMA.

Lead author Gina Suzanne Ogilvie, MD, DrPH, is an alumna of the UNC-Chapel Hill Gillings School of Global Public Health, where she studied in the Department of Health Policy and Management. She is a Canada Research Chair in Global Control of HPV-related Disease and Cancer and currently works with the School of Population and Public Health at the University of British Columbia and with the B.C. Women’s Hospital & Health Centre.

To evaluate the screening methods’ relative effectiveness, Ogilvie and co-authors assigned 19,009 study participants to either an intervention or a control group. Women in the intervention group received HPV testing; those whose results were negative returned for another screening at 48 months.

Women in the control group received LBC testing; those whose results were negative returned at 24 months for additional cytology screening. If a woman received negative results again at 24 months, she returned once more at 48 months. At the 48-month study exit, participants in both groups received HPV and LBC co-testing.

CIN is graded on a 1-3 scale, with 1 being less abnormal than 3. The researchers conducted pelvic exams and looked for instances of CIN3+ or CIN2+ at 48 months following the initial testing.

At that time, among women screened for cervical cancer with HPV testing, there were significantly fewer CIN3+ and CIN2+ cases compared with women who were screened with cytology. Women who were HPV negative at baseline also were significantly less likely to have CIN3+ and CIN2+ at 48 months compared with women who were cytology negative at baseline. According to the study authors, these results demonstrate that HPV testing detects cervical neoplasia earlier and more accurately than cytology.

Although cervical screening guidelines from a number of organizations have recommended HPV testing based on the virus’ association with cervical cancer, this study is the first designed specifically to examine HPV testing as the primary screening modality.