How would electric school bus charging benefit the power grid and environment? 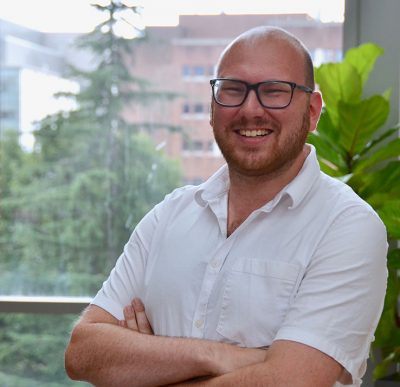 In fall 2020, Melanie Elliott, a senior on her way to a Bachelor of Science degree in physics and astronomy, had a keen interest in applying what she knew about physics to a renewable energy project.

She landed in the Department of Environmental Sciences and Engineering at the UNC Gillings School of Global Public Health, with Assistant Professor Noah Kittner, PhD. The virtual nature of academia amid the pandemic meant that whatever project Elliott chose, it would need to completed virtually. That fall, she spent months teaching herself complex software created at Lawrence Berkeley National Laboratory, a science lab funded by the United States Department of Energy.

“It took me months just to get the software to function as desired,” said Elliott. “I spent the spring semester analyzing results and working on a first draft of the paper to submit for course credit. Then, Dr. Kittner felt the results were worth publishing.”

In the first study of its kind, Elliott — who is now Sustainable Carolina’s first sustainability analyst — and Kittner modeled how electric school bus charging might be managed to benefit the U.S. power grid and environment. The paper, which specifically examines vehicle-to-grid (V2G) school buses, was published in Sustainable Production and Consumption.

“Sustainable Carolina is intentionally engaging with the amazing research occurring throughout the University around sustainability,” said Michael Piehler, PhD, a professor of environmental sciences and engineering at the Gillings School and UNC’s chief sustainability officer. “It is extremely exciting to have a member of our team among those producing notable research that informs Carolina’s sustainability progress.”

Modeling the impact of electric school buses in North Carolina

North Carolina’s public school bus fleet is 14,000 strong. Electric buses represent just a fraction of the state’s fleet, but Elliott and Kittner were interested to see what might happen to the grid if the entire fleet of buses were transformed into V2G electric school buses.

The researchers gathered information on electric school bus battery capacity and charging types from Lion Electric’s detailed bus specifications. They also drew on bus routes from five North Carolina counties, which represented a mixture of urban and rural settings. By inputting this information, along with the size of the fleet, in the software Elliott spend months learning, they illustrated how V2G buses take advantage of peak shaving at different times of the year.

Specifically, Elliott and Kittner modeled what V2G battery charging would look like during a summer day, a winter weekend day and a winter school day in North Carolina. Energy demand generally peaks on week days between 7 a.m. and 10 p.m., and demand during the summer and winter months is generally higher than during the fall and spring.

The model revealed that buses could have the greatest impact during summer days and winter days when they are stationary and connected to the grid. On these days, buses can charge and send power to the grid whenever demand is high. On winter school days when buses run morning and afternoon routes, there is still some — but not significant — benefit to the grid.

North Carolina is one of 12 states to generate more than 30% of its electricity from nuclear power. This allows the state to meet its base load, or minimum demands for power. North Carolina then employs natural gas, a fossil fuel, during times of the day when demand is high. Thus, mobilizing V2G buses could reduce harmful greenhouse gas emissions.

As the state looks to increase investment in renewable energy infrastructure, electric buses could provide further benefits. Because the batteries found inside these buses are so large (210 killowatt-hour (kWH) batteries, compared to about 40 kWH for an electric car), they could be essential in storing renewable energy from sources like solar, geothermal and wind, which are produced intermittently.

The researchers by no means recommend counting on V2G school buses to be the single answer to the climate crisis, but electrifying an entire fleet of buses could significantly reduce stress on the grid. As states and school districts look to add more electric buses to their fleets, researchers, utilities and states can use and build off this model to think critically about establishing a robust, resilient electrical vehicle charging infrastructure.

This story was first published by Sustainable Carolina.