Messages that emphasize the health and environmental benefits of participating in Meatless Monday are an effective way to encourage people to eat less meat, according to new findings from the UNC Gillings School of Global Public Health.

Meatless Monday, launched by the Johns Hopkins Bloomberg School of Public Health in 2003, is a campaign that encourages people to remove meat from their diets on Mondays to reduce the negative environmental and health impacts of meat consumption in the United States. While studies have shown that many people are aware of and have participated Meatless Monday, this new study is the first to test the perceived effectiveness of the campaign’s messaging. 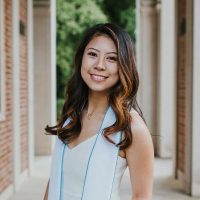 “Mass media campaigns are a promising but understudied area for changing meat consumption,” noted Hannah Rayala, the study’s first author. “We chose to study whether the campaign had an impact on perceived message effectiveness because this approach has been used to evaluate many other health communication campaigns and is predictive of actual behavioral change.” 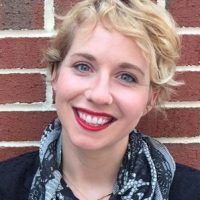 “The U.S. is one of the top consumers in the world of meat,” said Lindsey Smith Taillie, PhD, assistant professor in the Department of Nutrition and the Carolina Population Center. “We know that production and consumption of red and processed meat are linked to a wide array of negative environmental and health impacts, and yet there are few population-level interventions available to help increase awareness of these problems and promote shifts to healthier, more sustainable diets. The Meatless Monday campaign has been widely implemented in a variety of settings, including schools, universities and cities, as well as in many countries across the globe, and yet virtually no research has investigated whether the type of messaging used by this campaign is perceived as effective or moves the needle on intentions to change behavior.”

The study, published recently in the American Journal of Public Health, was led by Rayala, a recent graduate of the Gillings School with a Bachelor of Public Health degree in nutrition, under Taillie’s mentorship, with additional guidance from Natalia Rebolledo, PhD, recent doctoral graduate in nutrition. The study also included input from assistant professor Marissa Hall, PhD, from the Department of Health Behavior. 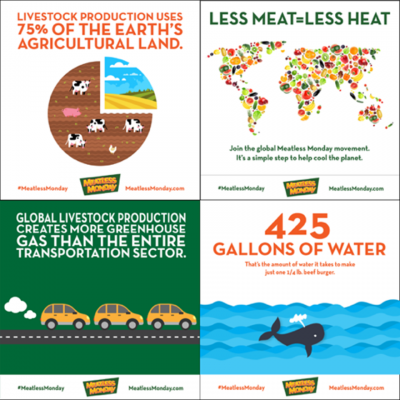 The study evaluated the effectiveness of messaging through a survey of 1,244 U.S. adults who had eaten meat at least once a week in the last 30 days. Participants viewed a random set of four graphics that pertained to control messaging, Meatless Monday health messaging or Meatless Monday environmental messaging. They then answered a series of questions about the messaging related to health concern, environmental concern, discouragement and unpleasantness, which all factored into the overall perceived message effectiveness.

Study participants found the health-focused and environmental-focused messaging nearly equal in effectiveness. Both types of messages were more effective at attracting attention and increasing negative perceptions of meat consumption. They also led participants to think about the health and environmental harms of consuming meat and made them more interested in talking with others about the Meatless Monday campaign.

“These findings are exciting because they suggest that a wide variety of health or environmental messages hold promise for helping American consumers cut back on red meat,” said Rebolledo. “Although our findings will need to be replicated in a behavioral trial, this study provides important evidence that communication campaigns can play an important role in promoting healthier, more sustainable diets in the U.S.”

Rayala said that “the next step for this research would be to evaluate the campaign’s impact on actual behavioral changes, like purchases and intake of red and processed meat.”