Near-term concerns about the impact of the Grand Ethiopian Renaissance Dam (GERD) on water availability for Egypt and Sudan are unlikely to materialize, but drought preparedness will require careful coordination, suggests research published by researchers from the University of North Carolina at Chapel Hill, University of Oxford, University of Manchester, University of Colorado and Duke University.

The dam, which is currently under construction, has strained relations between countries along the Nile River. Negotiations on how to fill and operate the dam ended in deadlock again in September, partially over the perceived implications for water shortages in Sudan and Egypt. The proceedings have been made more difficult by a lack of reservoir simulation models that are considered sufficiently credible by all negotiators and decision-makers involved.

The new research, published by the journal Nature Communications, uses historical data from Nile measurements over extended wet, average and dry periods to understand the risks of filling and operating the dam, as well as the potential impacts of a long-term drought. It shows that during the initial filling of the GERD, the High Aswan Dam’s reservoir will fall, but the risk of additional water shortage in Egypt is relatively low. Once in operation, the GERD will benefit Ethiopia and Sudan without significantly affecting water users in Egypt as long as water flow in the Nile remains similar to its historical average. 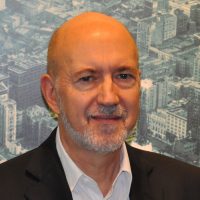 “In this paper, we used narratives to make the results of complex computer simulations accessible not just to water professionals, but to a wider, nontechnical audience — government officials, international donors and members of civil society in Egypt, Sudan and Ethiopia,” says Dale Whittington, PhD, a professor in the Department of Environmental Sciences and Engineering at the UNC Gillings School of Global Public Health. “We describe what will happen after the construction of the GERD in terms of three “eras:” 1) during the filling of the GERD; 2) after the GERD is filled and Nile flows are “normal;” and 3) during a severe, multi-year drought.

That third “era” is critical because the researchers consider a future multi-year drought “inevitable.”

The probability, severity and timing of such a drought are unknowable, especially as climate change unfolds, but the experts warn that advanced drought planning and carefully coordinated management are essential in order to minimize harmful impacts.

“We used the 1978-1987 drought to understand the risks of extremely dry conditions once the GERD is operational,” says Kevin Wheeler, DPhil, PE, a fellow of the Oxford Martin Programme on Transboundary Resource Management. “A moderately full GERD and High Aswan Dam (HAD) at the start would mean reduced water shortages in the first four years of a [multi-year] drought. However, water is a highly emotional issue and feelings over the loss of water could lead to water panic amongst Egyptian civil society. Advance planning and agreement on how reservoirs will be used and refilled post-drought is therefore essential.”

“The GERD is basically complete and filling has already commenced,” notes Marc Jeuland, PhD, an associate professor in the Sanford School of Public Policy at Duke University. “The window for agreement on filling is thus very limited, even if there is a bit more time for negotiation on long-term operations. I would say that [reaching] a filling agreement is really important before the start of the rainy season in 2021.”

“It is often argued that water resources will be a source of growing conflict in the future, as population and economic growth — as well as climate change — increase the risks of scarcity and create conditions not previously experienced,” Jeuland adds. “This specific case offers lessons for other societies, given that water resource scarcity is bound to worsen in many parts of the globe.”

The paper, titled “Understanding and managing new risks on the Nile with the Grand Ethiopian Renaissance Dam,” concludes that developing robust contingency plans is not an insurmountable task — and that, in most years, the GERD and HAD will require only modest coordination.