By “fishing” in a pool of more than one hundred billion potential antibodies — using a piece of the SARS-CoV-2 spike protein as bait — infectious disease scientists have isolated human monoclonal antibodies that completely neutralize the SARS-CoV-2 virus that causes COVID-19.

Production of one of the antibodies – named “Ab1” – has begun in anticipation of human clinical trials in the coming months. The Ab1 antibody is the first shown to protect mice that were engineered to be highly susceptible to COVID-19. The research, released as a preprint article on bioRxiv, emerged from a collaboration between the University of North Carolina at Chapel Hill Gillings School of Global Public Health, UPMC, the University of Pittsburgh School of Medicine and the University of Texas Medical Branch at Galveston.

“The antibody we’ve created is not only for treatment — it could be used to keep people from getting SARS-CoV-2 infections,” said John Mellors, MD, chief of the Division of Infectious Diseases at UPMC and Pitt. “Similar antibodies have worked against other infectious diseases and have been well tolerated, giving us hope that it will be approved for treatment of patients with COVID-19 and for protection of those who have never had the infection and are not immune.”

Abound Bio, a newly formed, UPMC-funded company, has licensed Ab1 and other SARS-CoV-2 neutralizing antibodies. Abound Bio has partnered with SaudiVax to produce the Ab1 antibody in mass quantities and develop it for clinical use, with guidance from the United States Food and Drug Administration.

Natural antibodies block viral infection, but it takes an encounter with a virus or vaccine to generate those antibodies. That’s why most of the population is still so vulnerable to the SARS-CoV-2 virus. Clinical trials are testing convalescent plasma, which contains antibodies from people who already had COVID-19, as a treatment for people battling the infection, but there isn’t enough to go around and it isn’t proven to work.

In response, Dimiter Dimitrov, PhD, director of Pitt’s Center for Antibody Therapeutics, and his team set out to isolate the gene for one or more antibodies that block the SARS-CoV-2 virus, which would allow for mass production. Pitt’s Chuan Chen, PhD, made viral proteins based on the SARS-CoV-2 genetic sequence, which was published in late January, and then — less than a week later — the team began sifting through large antibody libraries containing blood samples collected from people. Wei Li, PhD, also of Pitt, isolated and characterized the leading therapeutic antibody candidate, Ab1, in record time. Li also discovered another exceptionally potent antibody, Ab8, which is smaller than traditional antibodies and can better penetrate tissues.

Then, a team at UTMB’s Center for Biodefense and Emerging Diseases and Galveston National Laboratory, led by Chien-Te Kent Tseng, PhD, tested Ab1 and Ab8 using live SARS-CoV-2 virus. At very low concentrations, both antibodies completely blocked viral infection, by latching onto the virus and preventing it from entering cells. 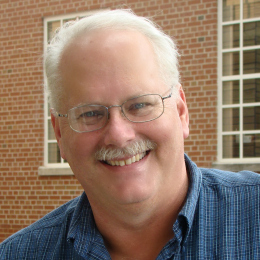 With those results in hand, Ralph Baric, PhD, William R. Kenan, Jr. Distinguished Professor of epidemiology at the UNC Gillings School, worked with colleagues in his lab to test Ab1 in mice that were engineered to express the human angiotensin-converting enzyme 2 (hACE2), which SARS-CoV-2 exploits to enter human cells.

The mice are rare, so the team only had eleven to work with. Five were injected with Ab1 and the other six were treated as controls. Fifteen hours after receiving the antibody, the mice were exposed to a high dose of SARS-CoV-2. All of the control mice had high levels of infectious virus in their lungs, while four of the five mice given Ab1 were completely protected against infection.

The researchers are now repeating the Ab1 mouse experiment at varying doses, and they expect to be in human clinical trials this summer. Ab8 is also undergoing evaluation in animal models of infection.

“The COVID-19 pandemic is a global challenge facing humanity, but biomedical science and human ingenuity will overcome it,” Mellors said. “We hope that the antibodies we have discovered will contribute to that triumph.”