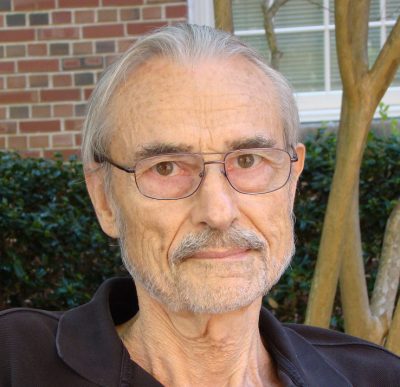 Friend, mentor, teacher, researcher and scholar Gerardo Heiss, MD, PhD, passed away peacefully on Saturday, June 11, in Chapel Hill. His wife, Jo, and family were able to visit with him before he passed after a short time in hospice care.

“We will all terribly miss Gerardo,” wrote Til Stürmer, MD, PhD, and Audrey Pettifor, PhD, in an announcement to the Gillings School’s Department of Epidemiology, where Dr. Heiss was the W.R. Kenan, Jr. Distinguished Professor. “We will always remember his active participation in meetings, his teaching the first-year doctoral seminar until just a few weeks ago, his mentoring students — including from his hospital bed — and his humbleness, despite being one of the great legends in the field of epidemiology.”

Dr. Heiss was born in Belgrade, Yugoslavia, and earned a medical degree from the University of Chile at Santiago in 1968. He received a master’s degree in social medicine from the London School of Hygiene and Tropical Medicine in 1973 and completed a doctoral degree in epidemiology at the UNC School of Public Health in 1976.

“A pure gentleman in the truest and finest sense, Dr. Heiss was a soft spoken, generous individual with an enormous intellect,” said his colleague, Wayne Rosamond, PhD. “He was revered for his thoughtful insights in teaching and sought after for his advice on crafting research initiatives on a wide range of issues in cardiovascular epidemiology. Dr. Heiss leaves a rich legacy — spanning over four decades — of scholarly inspiration, academic leadership and total dedication to advancing the careers of students.” 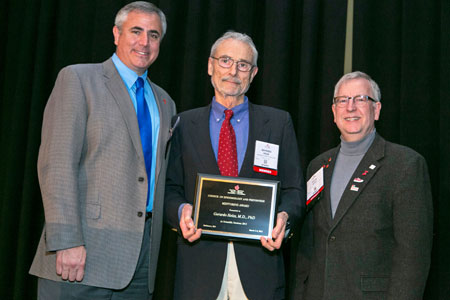 Dr. Heiss received the Edward C. McGavran Award for Teaching in 1993 and the Bernard G. Greenberg Alumni Endowment Award in 1998 in recognition of his deep commitment to mentoring. In 2011, he earned the John E. Larsh Award for Mentorship due to his long-term work with trainees and junior scientists and, in 2015, he was honored with the American Heart Association’s Epidemiology and Prevention Mentoring Award.

Dr. Heiss also served in lead roles for several large, multicenter epidemiologic studies and clinical trials and had a career of uninterrupted funding from the National Institutes of Health (NIH).

He was a lead investigator of the Postprandial Lipid and Atherosclerosis study, the Family Heart Study (FHS), the FHS-Subclinical Atherosclerosis Network, the Hypertension Genetic Epidemiology study, the Women’s Health Initiative, the Atherosclerosis Risk in Communities (ARIC) study and the study on Changes in Arterial Stiffness, Cognition and Dementia Risk.

Through these and other studies, Dr. Heiss became internationally known for his work in noninvasive studies of subclinical atherosclerosis, socioeconomic status over the life course, women’s health, minority health, modifiable predictors of cardiovascular disease outcomes and applications of electronic health records in population research.

“He was too modest to count his papers on his CV, but PubMed lists close to 600,” Stürmer and Pettifor wrote. “He was instrumental in many large cohort studies, including ARIC, which provided the evidence needed to reduce cardiovascular morbidity and mortality worldwide.”

Among these publications, Dr. Heiss co-authored more than 85 peer-reviewed articles with lead authorship by mentees, fellows and students. He mentored 12 early career NIH awardees and eight assistant professors who went on to achieve tenure at the University of North Carolina and other institutions. 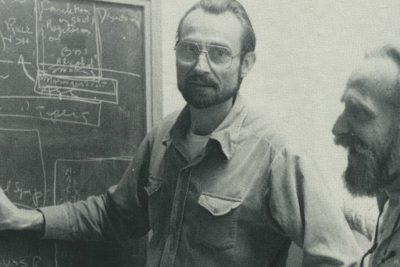 Dr. Gerardo Heiss works an epidemiology problem on a blackboard.

“I remember meeting Gerardo for the first time at the Epidemiology Summer School in Ulm, Germany, in 1996,” shared Stürmer, who is now chair of the epidemiology department in which Dr. Heiss taught. “I had just started as a faculty member in a very small epidemiology department, and it was more than encouraging that a giant like Gerardo would not only come to Ulm but actually talk to me about my research.”

“Dr. Heiss was a giant in cardiovascular epidemiology. He made lasting contributions to our understanding of both the prevalence of, and risk factors for, cardiovascular diseases in Hispanic/Latino populations,” added John Kunz, MS, a project officer with the National Heart, Lung, and Blood Institute. “Throughout the 16-year history of the Hispanic Community Health Study/Study of Latinos, Dr. Heiss inspired many with his passion for discovery to improve human conditions. His gift as a mentor advanced the careers of countless investigators and drew the admiration of colleagues. His legacy will be enduring.”

Those wishing to honor Dr. Heiss’ life and work may contribute to the Department of Epidemiology in his name. Online donations may be made at go.unc.edu/Heiss.

At a future date, in conjunction with Dr. Heiss’ wife, the Gillings School community will host a celebration of his life and monumental contributions to science, including his training of public health leaders who now span the globe and carry on the work to which he dedicated his life.