Researchers at the UNC Gillings School of Global Public Health and the University of California at San Francisco have identified a possible testing model for SARS-CoV-2 that could be used to screen groups of people for COVID-19. This testing could be scaled up to screen 2 to 20 times as many people as an individual test and has the potential to identify positive cases more efficiently than other molecular-based tests currently in use. 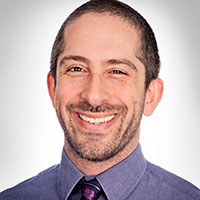 “Group testing is a long-standing and well-established method for increasing efficiency of screening, dating back to the 1940s,” said Daniel Westreich, PhD, associate professor of epidemiology at the Gillings School. “More recently it has been used to detect acute HIV in North Carolina and elsewhere; we think group testing can play a critical role in scaling up testing for SARS-CoV-2 as well.” 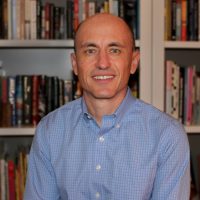 The study, published on June 27 in the Journal of Infectious Diseases, includes research from co-first authors Westreich and Christopher Pilcher, MD, professor of medicine at the University of California San Francisco; as well as co-author Michael Hudgens, PhD, professor of biostatistics at the Gillings School. Pilcher is a former associate professor at the UNC School of Medicine.

One of the most common types of tests for COVID-19 is the nasopharyngeal test, which collects a sample from a single patient’s nasal cavity using a swab and tests it for the presence of viral RNA. While this test is ideal for early identification of those with COVID-19, it can be costly and difficult to test multiple people at once. Questions related to the risk of false negatives have been a primary factor in the health care community’s skepticism of using this testing on large groups of patients who have a low chance of having the virus.

But the need to scale up testing is crucial, especially for large populations who are at daily risk for exposure to COVID-19, such as essential workers, first responders, and health care providers. Such testing would aid in the reopening of schools, day cares and other services that have been impacted by stay-at-home orders and social distancing restrictions. The ability to test large numbers of people for the virus is also critical for researchers who need to identify the prevalence of low-symptom and asymptomatic cases of COVID-19.

By examining the methods of blood banks and HIV testing programs, the research team proposed a potential strategy for group testing that involved screening a pool of nasopharyngeal test specimens for SARS-CoV-2. If the pool of specimens came back negative, all of those tested in the pool could be considered negative. If a pool came back positive, it could be re-tested to identify which individual sample was infected.

The study reviewed previously published data to identify the specific RNA viral loads necessary to detect SARS-CoV-2 infection and then developed an algorithmic model that could determine the most efficient and accurate strategies for collecting and testing pools of specimens. The team has made this model publicly available via a web calculator tool.

Because the COVID-19 pandemic is a rapidly evolving situation, clinical and laboratory data to improve testing strategies are constantly emerging. The model and web tool developed in this study will be updated accordingly and will include a change log for transparency.

“While caution around group testing has been reasonable, numerous types of data now suggest that SARS CoV-2 is an ideal candidate for group testing,” the team stated in the study. “There are logistical issues involved that can be especially challenging for smaller laboratories. However, the Wuhan example of testing 6.5 million residents over a period of days in June 2020 shows that group testing can be efficiently implemented at scale.”