A recent study co-authored by researchers in the University of North Carolina at Chapel Hill’s Gillings School of Global Public Health examined APOL1 genotypes, which are associated with chronic kidney disease in African-Americans. The goal was to clarify earlier, inconsistent findings that the gene’s variants also could influence cardiovascular disease and mortality risk. 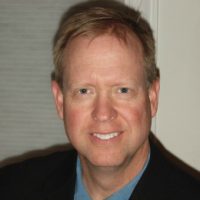 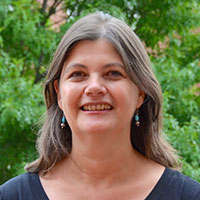 The full paper on the findings, titled “Association of APOL1 With Heart Failure With Preserved Ejection Fraction in Postmenopausal African-American Women,” was published online July 3 by JAMA Cardiology. Nora Franceschini, MD, MPH, associate professor of epidemiology at the Gillings School, was first author of the paper; Wayne Rosamond, PhD, professor of epidemiology, was a co-author.

“We studied the association of APOL1 genetic variants with cardiovascular disease and found that they are only associated with heart failure with preserved ejection fraction,” Fransceschini said, “The variants were not associated with coronary heart disease, stroke or mortality, which is really important information for individuals who carry these genotypes.”

After genotyping and imputing APOL1 variants from whole exome sequencing, the researchers gathered data on incidents of coronary heart disease, stroke and heart failure subtypes – as well as overall and cause-specific mortality – from hospital records and death certificates. Based on this information, Franceschini and her colleagues determined that APOL1 high-risk carriers (12.3 percent of the study cohort) had higher prevalence of hypertension, use of cholesterol-lowering medication and reduced estimated glomerular filtration rate.

After a mean 11 years, APOL1 high-risk subjects also had a higher incidence rate of hospitalized heart failure with preserved ejection fraction (HFpEF) compared to low-risk carriers. This finding is partly accounted for by baseline kidney function, and the overall findings did not support a relationship among APOL1 high-risk genetic variants and coronary heart disease, stroke or mortality in postmenopausal women.

Still, given that cardiovascular disease is the leading cause of morbidity and mortality in African-American women, it is important to know that there is potential genetic susceptibility to the detrimental consequences of kidney disease and HFpEF. The researchers recommended future studies to confirm the associations of APOL1 with HFpEF, with a focus on heart morphology and function.