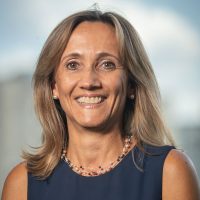 Not all electronic cigarette devices are created equal. Some fourth-generation models – such as Juul devices – are associated with unique changes in markers of immune responses inside our airways, according to a new peer-reviewed paper from UNC researchers led by toxicologist Ilona Jaspers, PhD, director of the UNC Center for Environmental Medicine, Asthma and Lung Biology and director of the UNC Curriculum in Toxicology and Environmental Medicine.

Lead author Elise Hickman, PhD, a recent graduate from Jaspers’ lab, and colleagues, who published their research in the American Journal of Respiratory and Critical Care Medicine, found that users of fourth-generation nicotine-salt-containing devices display a unique mix of cellular biomarkers indicative of immune suppression.

“Our work demonstrates the importance of considering device type in future clinical, epidemiological and mechanistic studies on the health effects of e-cigarettes,” said Jaspers, professor of pediatrics and microbiology and immunology at the UNC School of Medicine and professor of environmental sciences and engineering at the UNC Gillings School of Global Public Health. “We also think this research can help regulators determine which products cause the most severe types of biological changes in airway cells important for maintaining proper health.”

Electronic cigarettes have increased in popularity over the past decade. Some people began using them as a means to quit smoking, thinking vaping was a safer alternative both in the short- and long-term. Also, because electronic cigarettes lack tar, consumers assumed vaping decreased their risk of cancer down the road.

“It’s impossible to know if vaping decreases cancer risk or many other long-term conditions,” Jaspers said. “It took 60 years of research to show that smoking causes cancer.” E-cigarettes have been around for about 15 years. “Still, the research from our lab and many others has shown many of the same acute biological effects in the airways that we have documented in smokers,” she said. “And we’ve seen some changes to cells and immune defenses in people who vape that, frankly, we’ve never seen before, which is very concerning.”

Most concerning to researchers, doctors and public health officials is the fact that teenagers who would not have otherwise tried cigarettes began using e-cigarettes, which contain nicotine – a drug with its own health implications even beyond addiction – and thousands of chemicals, many of which the FDA approved for eating but not inhaling.

Several studies have documented that inhaling chemical-laden nicotine aerosols suppresses the immune responses in the respiratory tracts of smokers and e-cigarette users. Some studies, including some at UNC, have detailed how different chemicals in various e-cigarettes, including chemicals that make up thousands of different flavors, have adverse effects on airway cells. The Jaspers lab, which has been at the forefront of such research, set out to study the effects of different varieties of e-cigarette devices. For this study, her team collected central airway (sputum) samples from non-smokers, smokers, and users of both third-generation and fourth-generation e-cigarette devices.

Fourth-generation e-cigarette users had significantly more bronchial epithelial cells in their sputum, and this suggests airway injury because normally, bronchial epithelial cells make up an intact barrier in the airways and are not found in sputum samples. Levels of two proteins, sICAM1 and sVCAM1, were significantly lower in fourth-generation e-cigarette users compared to all other groups. These proteins are important in fighting infections and other diseases. 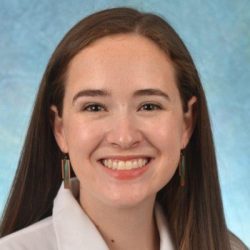 Proteins CRP, IFN-g, MCP-1, uteroglobin, MMP-2 and VEGF were significantly lower in fourth- versus third-generation e-cigarette users, and all of these proteins are important for overall immune defense. So, the more diminished these proteins are, the more suppressed our immune systems are. “Another key finding of the study was that, when examining the mixture of immune markers overall rather than one by one, fourth-generation e-cigarette users had the most distinguishable changes out of all of the groups, indicating a shift away from immune homeostasis,” said Hickman.

This research does not reveal evidence that e-cigarettes cause cancer, emphysema, COPD or other long-term diseases associated with long-term cigarette smoking. But researchers think that altering immune responses in the respiratory tract over the course of many years, especially for teens, could play a major role in the development of long-term health conditions and in susceptibility to inhaled pathogens.

The National Institutes of Health funded this research.

Read the full story from the UNC School of Medicine.