Women with disabilities in Rajasthan, India, are less likely to use modern forms of contraception compared to other users of family planning services, according to a new study from the UNC Gillings School of Global Public Health. 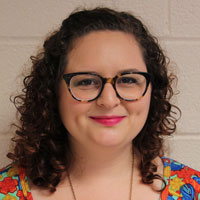 “When discussing family planning policies and programs, public health professionals often focus on disparities in access and use based on social determinants like race, ethnicity, economic status and religion,” said Tara Casebolt, PhD. “This study provides evidence that disability is also a determinant of reproductive health care use and should be considered as such. Disability is also a universal experience, with an estimated 15-20% of the world population living with a disability. Therefore, disability is something that should be considered when conducting reproductive health research, regardless of the context.” 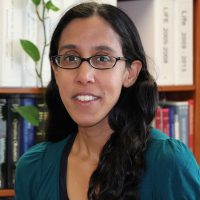 The study, recently published in Sexual & Reproductive Healthcare, was led by Casebolt, a recent doctoral alumna from the Department of Maternal and Child Health, along with Associate Professor Kavita Singh Ongechi, PhD, Professor Ilene Speizer, PhD, and Professor and Chair Carolyn Halpern, PhD.

Women with disabilities often face barriers when seeking reproductive health services. According to studies from low- and- middle-income countries, they often encounter limitations in transportation, income and inaccessible care facilities, and some face mistreatment by providers. Some women with disabilities are forced or coerced by family members to be sterilized for fear of pregnancy resulting from abuse.

Research is limited on how these barriers impact use of reproductive services by women with disabilities in India, especially in Rasjasthan, an area in northwestern India that has a high prevalence of people with disabilities. To further understand the association between disability status and modern contraceptive use in this region, the study team analyzed health survey data collected between 2010–11 from 238,240 women.

The survey collected information about disability from participants by asking whether they had any form of disability as of the date of the survey.

In addition to disability status, results showed that age, residence, marital status, income, education, religion and caste all played a significant impact on modern contraceptive use among study participants. While the research team found that women with disabilities were less likely to use modern contraception, they did not observe an overall relationship between disability status and choice of method. However, women with disabilities in urban areas were notably more likely to have experienced sterilization than women without disabilities.

“Now that we have evidence of disparities in use of contraceptives based on disability status, it will be essential to determine the precise causes of this inequality, as many of the limitations expressed in qualitative studies around the world could be mitigated with infrastructural improvements, community education and additional training for health workers,” Casebolt said. “In India specifically, the Rights of Persons with Disabilities Act of 2016 highlights the rights of women with disabilities when it comes to reproductive health care. To ensure these women are able to exercise this right, the health care system needs to address issues of inaccessibility and lack of support from providers and the community at large.”

Another study analyzing the use of maternal health services using data from the same survey is currently under review for publication. Casebolt will also be applying methods used in this study to additional research of reproductive health service use among women with disabilities in other parts of the world using Demographic and Health Survey datasets.