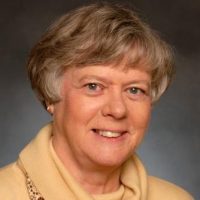 RTI International (RTI) scientist and Gillings School of Global Public Health adjunct professor Doris Rouse, PhD, and her team have collaborated closely with the TB Alliance on the development of pretomanid for almost 20 years. TB Alliance is a nonprofit product development partnership that RTI and Rouse helped to form in 2000, which has now negotiated license agreements enabling an affordable cost of pretomanid in low resource countries.

“We are seeing an increase in XDR-TB, and we need new weapons to attack it,” Rouse says. “I’ve been in wards with patients who are so emaciated, they won’t eat anything, they have fevers, they can’t sleep. But with pretomanid, in a regimen that includes two other drugs, bedaquiline and linezolid, we see improvement within a few weeks. This new treatment will help people who have no other good option for a cure.”

Tuberculosis kills 1.6 million people a year — more than 4,000 people a day — and kills more people than any other infectious disease. XDR-TB is resistant to four of the main drugs, including injectable agents, which currently are used to treat drug resistant TB around the world.

Pretomanid is only the third anti-TB drug approved by the FDA in more than 40 years. Prior to the pivotal Nix-TB trial of pretomanid as part of a three-drug regimen with bedaquiline and linezolid (known as the BPaL regimen), treatment for XDR-TB required a two-year regimen and, in South Africa, for example, only cured 2 to 22% of those receiving treatment. The six-month, all-oral BPaL regimen cured approximately nine out of 10 participants of the XDR-TB patients in the South Africa trials.

In 1999, with funding from the National Institute of Allergy and Infectious Diseases, Rouse and a team at RTI headed up the effort to find potential new compounds for TB treatment. They identified and conducted due diligence on pretomanid, a compound developed by a small biotech company called Pathogenesis.

TB Alliance acquired the license to pretomanid, then known as Pa-824, in 2002. RTI assisted TB Alliance in planning and managing the preclinical studies needed for development and preparing the successful Investigational New Drug application to the FDA in 2005, leading to the start of clinical trials that year. RTI has served as a regulatory contact for TB Alliance since that time.

“We’ve worked on this new drug for 19 years, and it hasn’t always been an easy path,” Rouse says. “But, as I’ve always said: ‘One of the main ingredients for successful drug development is blessed stubbornness.’ This public-private partnership is an excellent model for meeting unmet needs, especially those in low-resource countries that may not have the commercial attraction of other diseases.”

TB Alliance is now targeting adoption and availability of pretomanid as part of the BPaL regimen in countries with a high unmet need for XDR-TB treatments.

“This is really world changing, especially given the huge global impact of this particular strain of TB,” said Barbara K. Rimer, DrPH, dean and Alumni Distinguished Professor at the Gillings School. “As always, we are proud to be close partners of RTI International.”