Families with young children are purchasing fewer high-calorie drinks, a behavior that may explain, in part, the recent stalling and potential reversal of childhood obesity trends in the U.S. 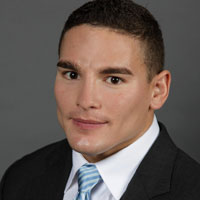 This is among the findings of a new study, “Are food and beverage purchases in households with preschoolers changing?,” led by Christopher Ford, MPH, doctoral candidate in nutrition at UNC’s Gillings School of Global Public Health.

The study was published online July 18 in American Journal of Preventive Medicine (AJPM).

“Somewhere between 2003 and 2010, the upward trend in childhood obesity started to stall, leveling off around 2007,” Ford said. “Between 2000 and 2011, total calories from foods and beverages declined by 182 calories per capita among households with preschool children, as well.” Add to this the latest data from the U.S. Centers for Disease Control and Prevention, spanning almost the same period, that showed a decline in obesity among children ages two to five years had dropped nearly 31 percent overall.

Ford and his co-authors used Nielsen Homescan data to examine the purchase trends of nearly 43,000 U.S. households with at least one preschool-age child during the period 2000 to 2011. Their analysis also accounted for major price changes and household income, demographics and composition.

“We know from previous research that 70 to 80 percent of the preschooler diet comes from stores, with the rest coming from school cafeteria and child-care centers,” Ford said. The team identified the top 20 foods and beverages purchased per capita during that 12-year period. They assigned household purchases into nine groups for analysis — grain-based desserts, savory snacks, ready-to-eat cereals, sweet snacks and candy, processed meats, soft drinks, juice and juice drinks, and liquid milks.

“Decreases in purchases of fluid milks, soft drinks, juice and juice drinks, and grain-based desserts were the primary drivers of this change,” Ford said. “These data suggest that these households may have purchased fewer calories from solid fats and added sugars.”

Ford noted that the reductions observed were not uniform across all types of families. In fact, the researchers observed significant demographic differences among the households they analyzed. “Hispanic households saw the smallest decrease in total calories purchased, while non-Hispanic white households showed the greatest improvement in household purchases,” he said.