Falsified and substandard medicines are a threat to public health

The production and sale of falsified and substandard medicines is a public health pandemic that requires greater national and international oversight, according to a recent review article from a team of public health researchers and industry leaders. 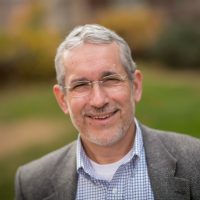 Jim Herrington, PhD, epidemiologist and professor in the Department of Health Behavior at the UNC Gillings School of Global Public Health, is co-author of the paper “Falsified and Substandard Drugs: Stopping the Pandemic,” published May 1 in the American Journal of Tropical Medicine and Hygiene. 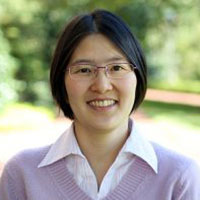 Previous research led by Sachiko Ozawa, PhD, of the UNC Eshelman School of Pharmacy, with whom Herrington collaborates, estimates that falsified and substandard medicines in low- and middle-income countries come at an economic cost of $10 to $200 billion annually. These poor-quality medications pose a danger to public health as they contribute to antimicrobial and antimalarial resistance, and Herrington says the pandemic is a silent killer.

“Our aim with this article is to inform our professional colleagues, national legislators and parliamentarians, and the public consumer, about falsified and substandard drugs. In particular, we want to highlight the risk of antimicrobial resistance, a problem that we’ve witnessed with antimalarial drugs,” he says. “Antimicrobial resistance already has an incredibly negative effect on diseases like tuberculosis and streptococcus pneumoniae. We want people to know this issue is not only limited to low- and middle-income countries ­– this is a concern for economically developed nations, too.”

In 2013, the World Health Organization (WHO) launched the Global Surveillance and Monitoring System to encourage national drug regulatory authorities to report incidents of substandard and falsified medical products and to establish a “rapid alert system” as a first step in developing a more precise system to confront the problem.

From a United States perspective, the co-authors encourage Congress to take notice and action on this important health and economic issue.

“Given that more than 80% of active pharmaceutical ingredients (API) used in the U.S. are manufactured in other countries, the Food and Drug Administration (FDA) needs increased funding from Congress to employ needed FDA inspectors to ensure good manufacturing practices and oversight of API, medicines and medical products ultimately destined for the U.S. consumer market. The FDA is supportive of more oversight efforts, but they simply don’t have the necessary personnel and resources,” says Herrington.

This issue would benefit from an approach similar to WHO’s Framework Convention on Tobacco Control (FCTC), a global health treaty developed in response to the globalization of the tobacco epidemic that has been used successfully by 181 countries to develop national policies regulating and taxing tobacco products, thus reducing tobacco consumption.  Herrington says a treaty similar to the FCTC but focused on medicines could secure access to safe and effective quality medications and vaccines. This would align with WHO’s Sustainable Development Goal 3, which aims to ensure healthy lives and promote well-being for people of all ages.

“Developing affordable and reliable technologies — such as radio frequency tag identification, colorimetric scanners and blockchain ‘track and trace’ coding — could play a huge role in detecting falsified medications in low- and middle-income countries,” Herrington says. “Customs inspectors could be empowered to stop the illegal importation of poor-quality medicines distributed by criminal cartels. Citizens would receive the drug treatment they expect and antimicrobial resistance would be prevented. This, too, will require research and development funding to prototype and scale-up relevant technologies.”

Using technology to detect these products could help the U.S. avoid the substantial negative impact that falsified and substandard drugs have on the national economy. By partnering with Ozawa on this issue, Herrington continues to identify interdisciplinary approaches to better understanding and providing solutions for the pandemic. Last year, he and Ozawa published “Prevalence and Estimated Economic Burden of Substandard and Falsified Medicines in Low- and Middle-Income Countries: A Systematic Review and Meta-analysis” in JAMA Network Open, a monthly open-access medical journal published by the American Medical Association.