Dr. Steven Zeisel: A chance I might discover something

This article, written by Charlotte-based freelance writer Elizabeth Leland, appears in the July/August issue of Carolina Alumni Review and was reprinted here with permission. 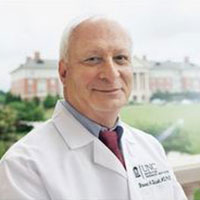 In a state-of-the-art laboratory on the North Carolina Research Campus, in the unlikeliest of places in a former textile mill town, Zeisel is overseeing scientific experiments about a nutrient that could change the way we eat.

Never heard of it?

“It’s spelled c-h-o-l-i-n-e,” he said by way of introduction. “And choline until the 1990s was not known as a required nutrient for humans. In fact, all of the textbooks said we could make our own and therefore we didn’t have to eat it.”

Zeisel — who helped develop the human nutrition focus of the 10-year-old research institution based in Kannapolis and now directs it — proved otherwise. He is credited with discovering choline’s role as an essential nutrient.

The Centers for Disease Control and Prevention says most Americans eat too little of the richest sources of choline — eggs, liver and other meats, with more modest amounts in wheat germ, soybeans and vegetables — and the result can be liver and muscle problems in adults and abnormal brain development and birth defects in fetuses. (Choline also is available in supplements.)

Zeisel chaired UNC’s department of nutrition for 15 years before being named a Kenan Distinguished Professor of nutrition and pediatrics. He has devoted his career to unlocking the mysteries of this little-known nutrient. Now he hopes to develop a blood test to measure people’s choline stores.

“In science,” he says, “getting great ideas is what makes you successful.”

Born to immigrant parents who escaped the Nazis during World War II, Zeisel was the first in his family to graduate from college. He is soft-spoken, with an academic’s gift for translating complicated science into terms a novice can understand.

He earned a medical degree from Harvard and completed his pediatrics residency at Yale before deciding he didn’t want to practice medicine after all.

“I decided I would much rather wake up every morning with a chance I might discover something.”

He enrolled in a doctoral program at the Massachusetts Institute of Technology and since has made discoveries his business. He taught at Boston University’s School of Medicine before joining UNC. In 2007, he became director of the Nutrition Research Institute in Kannapolis.

Science that got results
Zeisel’s pursuit of choline began in the 1990s. At the time, textbooks said that people make their own choline. But that wasn’t true for mice and other animals, and Zeisel questioned whether it was true for humans, challenging conventional scientific wisdom.

And “nobody was looking at it,” he said. “I took choline away from people under hospital research conditions and showed that many people got sick when deprived of this nutrient. They couldn’t make enough of their own. And many developed liver problems. About 10 percent of people developed muscle problems.”

Once choline was restored, their health problems cleared up.

Choline also is critical for brain development in fetuses. Studies have shown that pregnant women with low levels of choline are more likely to have babies with birth defects.

Zeisel and his team of researchers discovered that more than half of all premenopausal women produce enough choline for themselves and their fetuses. They have a gene for making the nutrient that is switched on by estrogen. But that switch doesn’t work in about 45 percent of premenopausal women. They need to eat choline, as do men and postmenopausal women who do not have enough estrogen to activate the gene’s switch. Because of his research, textbooks were rewritten. Choline was required in infant formula. And by the end of this year, labels on packaged food will list the amount of choline.

“Steve’s contributions to the field of nutrition are tremendous,” said Elizabeth Mayer-Davis, PhD, Cary C. Boshamer Distinguished Professor and chair of nutrition in the Gillings School and of medicine in the UNC School of Medicine.

In addition to being the leading investigator nationally and internationally into choline, Zeisel is credited, she says, with advancing the idea of precision nutrition — “recognizing that there is substantial variability in how individuals respond to various nutritional exposures.”

A billionaire with a mission
In 2005, the year the biotechnology research center was unveiled and three years before it opened, Zeisel flew to California to meet with billionaire David Murdock, the chair of Dole Food Co., in hope of securing a donation for the nutrition department.

A 30-minute appointment stretched to five hours. Murdock, who owned the land in Kannapolis where the Cannon Mills textile plant once operated, convinced Zeisel to help establish the center and to bring together some of the best scientific minds at North Carolina universities to collaborate in the study of nutrition.

Murdock believes healthy eating is a key to longevity and has invested an estimated $800 million in the project so far. The N.C. General Assembly currently kicks in $23.5 million per year and has allocated nearly $300 million over the life of the program. Where the mills once hummed, stately Georgian buildings now stand, boasting one of the world’s most powerful nuclear magnetic resonance machines and a metabolic chamber owned by UNC that provides the most accurate way of measuring the number of calories a person burns.

Carolina shares the campus with six other universities in the UNC System as well as Duke University and private corporations. Since the UNC Nutrition Research Institute opened 10 years ago, Zeisel has split his time between Kannapolis and his home in Chapel Hill.

In Kannapolis, he works out of a second-floor office in a 125,000-square-foot building. He oversees 17 faculty members and 60 support staff whose research ranges from the prevalence of fetal alcohol spectrum disorder to the effect of blueberries on preventing cognitive decline.

In February, Zeisel won a $2.6 million grant from the National Institutes of Health to develop laboratory tests for measuring a person’s choline status. If successful, he believes, the blood test could improve public health worldwide.

His team of researchers will undertake the experiments. Because of administrative duties, Zeisel said he has little time to spend in the laboratory conducting hands-on experiments. And that suits him.

“I don’t enjoy actually doing the bench work,” he admitted. “But I’m lucky that I can afford an outstanding team that does that. I like designing the experiments and then looking at what’s discovered and asking, ‘How do I make sense of it?’ ” 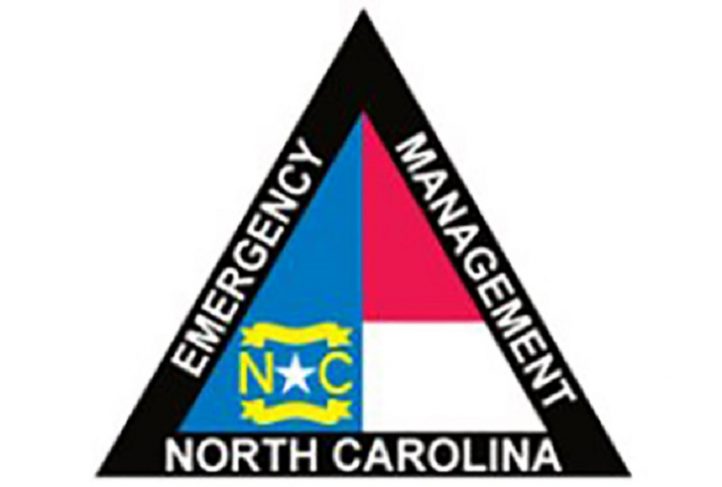 William Ray named as N.C.’s next director of emergency management