Chronic narcotic use elevated in children with IBD, study finds

Chronic narcotic use is more than twice as prevalent in children with inflammatory bowel disease (IBD), compared with children without the disease, according to a new study led by a researcher at UNC Gillings School of Global Public Health.

The study, “Prevalence of Chronic Narcotic Use Among Children with Inflammatory Bowel Disease,” appeared in the February print edition of Clinical Gastroenterology and Hepatology, the official journal of the American Gastroenterological Association. 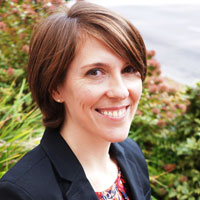 “Chronic narcotic use is common in pediatric IBD patients, particularly among those with anxiety and depression,” said the study’s lead author, Jessie P. Buckley, PhD, postdoctoral research associate in epidemiology at the Gillings School. “Describing the characteristics of children with IBD using long-term narcotics is important to define the magnitude of this problem in the pediatric population and to identify potential strategies or interventions to reduce narcotic use.”

Researchers conducted a large cross-sectional study to compare chronic use of narcotics among children with IBD and children in the general population and to investigate factors associated with narcotic use in the pediatric IBD population. The study included 4,344 children (younger than 18 years of age) with IBD, each matched for age, sex and region with five children without IBD (a total of 21,720 children). The study found that 5.6 percent of children with IBD had at least three prescriptions for a narcotic medication during a two-year period, compared with 2.3 percent of children without IBD.

Compared with the general population, chronic narcotic use was significantly higher for pediatric IBD patients with psychological impairment than for those without. Older age, increased health-care utilization, fracture and psychological impairment also were associated strongly with chronic use of narcotics among children with IBD. Increased use of narcotics with greater health-care utilization indicates that narcotic use may be a marker for severe disease.

Narcotics may be prescribed to patients with IBD (which includes Crohn’s disease and ulcerative colitis) for temporary pain relief, such as to treat an acute flare-up or alleviate pain after surgery. Long-term narcotic use among children with IBD is not recommended because of gastrointestinal side effects, disease complications and potential for dependency.