’Tis the season to be burning synthetic fire logs, but a new study from UNC’s Gillings School of Global Public Health reports that using these prepackaged fireplace staples also could increase the chances of developing breast cancer. 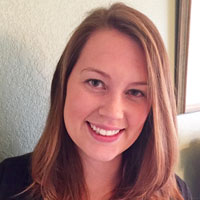 Alexandra White, MSPH, epidemiology doctoral student at the Gillings School, is first author of the study, “Indoor Air Pollution Exposure from Use of Indoor Stoves and Fireplaces in Association with Breast Cancer: A Case-Control Study,” published online Dec. 12 in Environmental Health.

Wood and synthetic logs are sources of polycyclic aromatic hydrocarbons (PAHs), which cause mammary cancer in animal experiments. Both contribute to residential air pollution, but researchers found that only the synthetic logs were found to be associated with an increased risk of breast cancer.

The current study was part of the Long Island Breast Cancer Study (LIBCS) Project, which is focused upon identifying environmental risk factors for breast cancer. Marilie Gammon, PhD, professor of epidemiology at the Gillings School, is principal investigator for the LIBCS, which was undertaken in collaboration with investigators at Columbia University and Mount Sinai’s Icahn School of Medicine and Consulting in the Public Interest.

The current study examined 1,508 cancer cases with 1,556 controls. Among all study subjects, 747 reported using a fireplace or indoor stove at least three times per year in one of their Long Island residences. Of these, 246 cases (16.4 percent) and 202 controls (13 percent) burned synthetic logs. Among those who used synthetic logs, breast cancer risk was increased by 42 percent in association with burning those logs in a fireplace or indoor stove.

White cautions that the results are not definitive and that further study is needed.

“Because wood burning was not found to be associated with breast cancer risk, this association should be replicated in other study populations,” she said. “We also were unable to differentiate between use of closed indoor stoves versus open fireplaces, which may contribute differently to indoor air pollution levels.”

White notes, however, that the high incidence of breast cancer in the U.S. and the relatively common prevalence of indoor stoves and fireplaces suggest that this research, if confirmed, may have considerable public health impact.