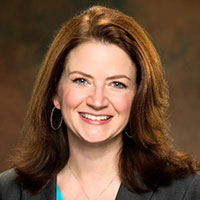 Likis, assistant professor of medicine at Vanderbilt University, is a certified nurse-midwife and nurse practitioner. She is recognized nationally for advancing evidence-based practice in women’s health and bringing gynecologic and reproductive health further into mainstream nursing and midwifery practice.

She is co-editor of the award-winning textbook, Women’s Gynecologic Health, now in its third edition and used by students and clinicians worldwide. She has been an educator and mentor throughout her career, initially as a clinical preceptor, and later, as a faculty member at Frontier Nursing University, in Hyden, Ky., and Vanderbilt University.

As the only nurse and midwife on the Vanderbilt University Evidence-based Practice Center faculty, she led interprofessional teams in the administration of systematic reviews that examined critical questions in health care.