Three years after Mexico implemented a tax on sugar-sweetened beverages, the country’s adults are consuming fewer soft drinks, according to new findings from an international team of researchers.

The team examined the self-reported soft-drink intake of participants in the three phases of Mexico’s Health Workers Cohort Study — a self-administered survey on health and lifestyle choices — and announced their findings in the British Medical Journal. 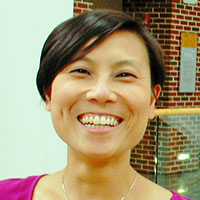 This research is based on work conducted at the National Institute of Public Health in Mexico, with the institute’s Luz María Sánchez-Romero, MD, PhD, as first author and Tonatiuh Barrientos-Gutiérrez, MD, PhD, as senior author.

“These results show that the tax lowered the consumption of sugar-sweetened drinks among an adult cohort over the first three years of the tax implementation,” says Ng. “In particular, it lowered the proportion of medium and high consumers of the beverages, while increasing the share of adults who were low and non-consumers.”

Though these results reflect just one sample of Mexico’s adults, they suggest that the implementation of this tax worked in the way the national government intended it to — increasing the number of individuals who do not consume soft drinks while decreasing the numbers of those who do. The findings confirm the results of earlier research that showed a decline in sugary-beverage purchases in the first two years of the tax, but this is the first study to examine self-reported consumption of the beverages in Mexico.

Sugar-sweetened beverages, such as soft drinks, are a main source of added sugars in the diet, and have been linked to obesity, diabetes, cardiovascular disease and hypertension, as well as to some types of cancer. Mexico’s high mortality and morbidity rates related to sugar-sweetened beverages led lawmakers to implement a tax of 1 peso per liter on all non-alcoholic drinks with added sugar starting in January 2014 — with the goal of improving health outcomes . Since then, other nations and cities around the world have implemented their own taxes in order to reduce obesity-related diseases in their communities.

These findings are particularly timely given that the severity of and mortality from infectious diseases, including COVID-19, are heightened among people with pre-existing chronic diseases, such as those related to obesity.

“We’re beginning to see the importance and impact of these taxes over time,” says Ng. “This not only adds to the literature we have on sugar-sweetened beverages, but it also provides evidence that these policies work and highlights the need to strengthen these policies for improved health outcomes and health care cost savings.”

As part of UNC’s Global Food Research Program at the Carolina Population Center, Ng and her team collaborate with partners across the globe to carefully evaluate food and nutrition policies and help to develop in-depth, longitudinal research on large-scale obesity prevention efforts. Ng introduced and advised on the analytical approach used for this paper.