A study published today by RTI Press, a global publisher of peer-reviewed, open-access publications that is part of the nonprofit research institute RTI International, suggests that activity trackers could help patients maintain necessary levels of physical activity after they are discharged from outpatient cardiac rehabilitation.

The study found participants successfully used activity trackers for a six-week post-discharge period. Their daily active minutes and step count generally stayed consistent when compared to a baseline determined while the participants were still in outpatient cardiac rehabilitation programs. 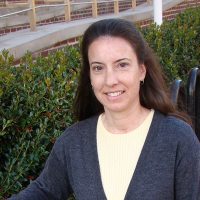 “Engaging in physical activity and exercise is extremely important for people in cardiac rehabilitation, but maintaining physical activity after discharge from a highly structured rehabilitation program can be difficult,” said Kelly Evenson, PhD, professor of epidemiology at the UNC Gillings School of Global Public Health and an RTI University Scholar. “To our knowledge, efforts to help patients transition from supervised rehabilitation to home-based exercise are lacking in the U.S. The use of activity trackers along with regular feedback could be an effective tool in managing that transition.”

The study also found that individualized activity reports, which were emailed to participants weekly during the six-week post-discharge period, were well received, with participants noting they helped add accountability to the rehab process. The reports included a summary of physical activity, information on the features of their activity tracker and encouraging messages from former cardiac rehabilitation patients. The research team observed a dip in the participants’ activity level when the reports were no longer issued.

This initial study was a pilot of the intervention. The study team used Fitbit Alta HR devices and the companion Fitbit smartphone app to collect data from participants.

Future efforts should explore whether these findings hold in a larger, more generalizable study among cardiac rehabilitation patients, the researchers note.