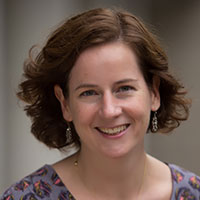 The 5-year survival rate for adolescents and young adults with cancer significantly improved from 1975 to 2005 in the United States overall, but this was not the case for all cancers, according to a report in the Journal of the National Cancer Institute.

“We are making improvements in survival for adolescents and young adults with cancer over time, but adolescents and young adults are a heterogeneous group. We have to make sure that overall improvements don’t hide the fact that there are specific cancer types that haven’t had equivalent advances, and we need to do more,” said senior study author Hazel B. Nichols, PhD, an associate professor of epidemiology in the UNC Gillings School of Global Public Health and member of the UNC Lineberger Comprehensive Cancer Center.

However, 5-year mortality rates for AYA patients with bone tumors, soft tissue sarcomas, bladder cancer, cervical and uterine cancers, or colorectal cancer did not improve across the more than 30-year time period.

Researchers compared mortality rates in the 5-to-10 years beyond diagnosis for people ages 15 to 39 years old. They compared mortality rates for young people in the U.S. who were first diagnosed between 1975 and 1984 with rates for people diagnosed in more recent time periods, including from 1985-1994, 1995-2004 and 2005-2011. The study drew on data from the National Cancer Institute’s Surveillance, Epidemiology and End Results database.

They found that all-cause mortality rates in the 5-to-10 years after diagnosis fell from 8.3% to 5.4% between 1975-1984 and 2005-2011. That decline was driven by a drop in the number of deaths from the patients’ primary cancer, Nichols said, although deaths from other causes declined as well.

“Some of the most dramatic improvements were for leukemia and non-Hodgkin lymphoma,” Nichols explained. “In those groups, we saw that if you were diagnosed with leukemia, for example, in 1975, the mortality between five and 10 years was almost 30%. If you were diagnosed with that same disease in 2005, the mortality rate was only 7% That’s pretty dramatic over a 30-year interval.”

“With improved cancer-directed therapies and enhanced supportive care, survival outcomes are improving among many AYA cancers, including for leukemia, lymphoma and central nervous system cancers,” Smitherman said. “Also, improvements in non-cancer mortality were observed that speak to refinements in cancer treatment to limit treatment-related late effects, such as cardiopulmonary disease. The authors also report small decreases in mortality related to secondary cancers. More time will be needed to fully understand how changes in therapy over the past few decades will impact rates of secondary cancers, as these may develop much later.”

However, while mortality rates improved overall, there was no major improvement in 5-year mortality rates for AYA patients with bone tumors, soft tissue sarcomas, bladder cancer, cervical and uterine cancers, or colorectal cancer.

“This highlights areas where more work needs to be done,” Nichols said.

Cancers among adolescents and young adults make up only about 4% of all cancers diagnosed in the U.S., the researchers reported. However, previous studies indicated that survival improvement has been less dramatic in this age group.

“Cancer risk is still very low overall before 40,” Nichols said. “However, we haven’t seen strong representation of adolescents and young adults in clinical trials, which may be contributing to the fact that patients with certain cancer types in this age group haven’t made big advancements over this time period.”

To improve outcomes and provide support for adolescents and young adults, UNC Lineberger and the North Carolina Cancer Hospital have launched a program for patients between the ages of 13 and 40 with cancer.

The program, which is under the direction of Smitherman and Lauren Lux, LCSW, is designed to recognize that teenagers and young adults have unique cancer biology and different needs than other patients. Cancer treatment can impact relationships, career, independence, fertility and other aspects of life.

“This study underscores the importance of clinical trials in advancing cutting-edge treatments and cures for cancer,” Smitherman said. “Many of the improvements that have been seen in pediatric, adolescent and young adult cancers are due to the work of cooperative research groups. More work is needed to develop new treatments for the AYA cancers that are not seeing equivalent survival improvements. These results can help inform clinical researchers regarding where we need to focus energy to develop new trials — and hopefully improve outcomes.”