In This section
Related Pages
Contact Info
The University of Cambridge and UNC Gillings School of Global Public Health have partnered since 2012 in launching collaborative research projects to transform public health.

The University of Cambridge

The partnership, which started in 2012, builds on the two universities’ complementary strengths in areas such as biostatistics, epidemiology, obesity, non-communicable diseases, ageing, health behavior and global health. It continues to produce new and innovative public health research born out of interdisciplinary collaborations.

These projects were funded by a donation from Drs. Dennis and Mireille Gillings as well as contributions from both University partners.

UNC Gillings faculty are currently working with counterparts at the Cambridge Institute of Public Health, on five projects:

Wide-scale adoption of largely plant-based diets could cut food-related global greenhouse gas (GHG) emissions by up to 70%, save up to 8 million lives by 2050, and up to 1.5 trillion dollars in “avoided climate-related damages.” Despite the health and the environmental benefits of transitioning to a largely plant-based diet, consumer awareness of the links between diet and the environment is very low; a global survey including US and UK respondents found that although GHG emissions from meat / dairy production and the transport sector are approximately equal (roughly 14.5% of total global GHG emissions each), 64% of respondents perceive the transport sector to be a major contributor to GHG emissions, while only 29% of perceive meat / dairy production to be a major contributor (Wellesley et al., 2015; Balley et al., 2014). This research aims to explore strategies for communicating the link between diet choice and the environment with the hope of changing the dietary patterns to improve both personal and environmental health.

Using 360° Cameras to Capture Environmental Cues in Real Time for Smoking, Eating and Drinking in UK and US Adults

Noncommunicable diseases related to four common behavioral risk factors: tobacco use, excessive alcohol consumption, poor diet, and reduced physical activity; are currently the leading cause of mortality and morbidity globally. To date, interventions aimed at changing these four sets of behavior have mostly used educational approaches, which have proven largely ineffective. Altering cues in people’s environments may provide a more effective way of changing behavior, for example, policy interventions to create environments that promote healthful behaviors. However, little is known regarding the environmental cues that lead people to smoke in everyday life, or cues that lead to in-the-moment desire for food or alcohol. This is an important gap as it is well established that environmental cues trigger risky behaviors such as smoking. This project seeks to address this gap in our knowledge by using innovative 360° camera methodology.

The growing global burden of non-communicable diseases and the need for interdisciplinary, multi-center approaches to their prevention and control underscore the importance of collaboration and for experiential learning opportunities for public health scientists. Such competencies are deemed essential to address the global challenge of improving population health.

Funding for this collaboration will build on the existing partnership forged in 2015. The collaboration aims to create a mentored, research-focused experiences in international collaboration with a primary focus on developing innovative research grant applications. It is centered on shared research interests and complementary strengths extant at the two university programs.

Collaboration between the Centre for Sustainable Development (CSD), Cambridge University & the Water Institute at UNC Gillings

Access to safe, reliable water is critical for human health and development and to reduce exposure to waterborne diseases such as cholera. However, maintaining functional community-managed drinking water systems is a major concern in low- and middle-income countries (LMIC). When improved drinking water systems in LMIC do not function properly, populations revert to unimproved sources, increasing risk of infection by waterborne pathogens, particularly for small children, and undermining potential health gains (Hunter et al., 2009).

To increase long-term functionality of community-managed water systems in LMICs, support mechanisms and activities have been developed to address problems that arise following construction. Yet despite evidence that these post-construction support (PCS) activities can increase functionality of water supply systems, the majority of program investment flows to front-end construction and capacity building. This collaboration aims to facilitate integrating and leveraging complimentary research for evidence-based solutions to reduce exposure to waterborne diseases. 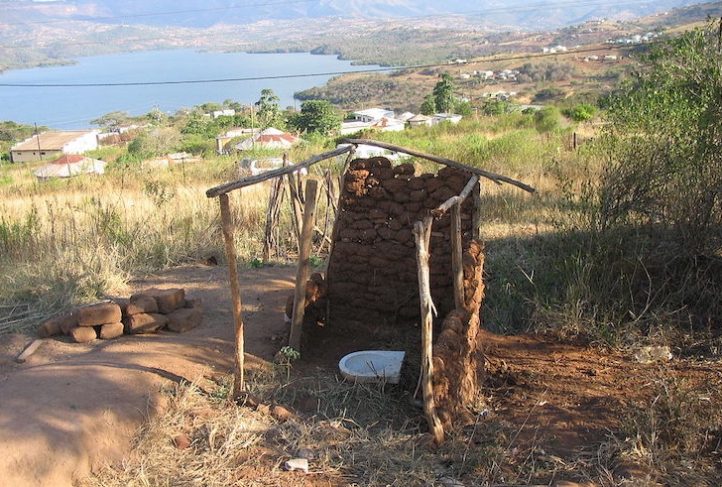