The Department of Health Behavior posts faculty news and updates on our website as they happen and distributes a compilation as a component of our e-newsletter several times a year.

In the U.S., diabetes is diagnosed every 21 seconds, one in three adults and 100 million people are affected, and the estimated cost of the diabetes crisis in this country was $327 billion in 2017 alone.

In October, a Politico-convened working group of leading policymakers, researchers, clinicians and experts explored the growing crisis to identify challenges, gaps and solutions. Now the report has been released online. 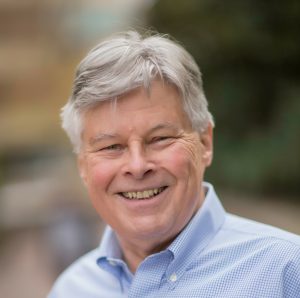 Edwin Fisher, PhD, professor in the Department of Health Behavior at UNC Gillings and global director of Peers for Progress, participated in the working group.

“There are excellent models of mass population behavior change. In the United States in 1964, 44 percent of the adult population smoked. That’s now down to about 15 percent. For most of those years smoking was the most heavily marketed product in our country. It was highly addictive, it was socially acceptable, and yet, we were able to get people to change. And the way we got people to change is not with magic bullets, not with one or two best practices but with a comprehensive campaign of approaches.”

Takeaways in the report cover areas from prevention and prediabetes through early and advanced disease. The working group said that the challenge of diabetes will not be solved through an individual case-by-case approach.

At the end of the day, addressing diabetes requires a comprehensive approach, with care taking place in the community, not just in clinics and hospitals. Read the report. 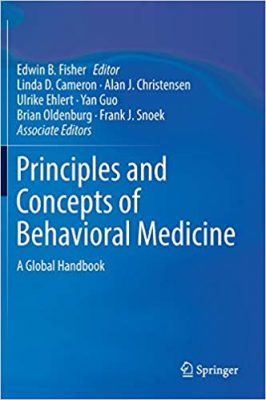 Fisher is also the editor of a new resource, Principles and Concepts of Behavioral Medicine: A Global Handbook published in October. The handbook was described as a “major work tying together the state of the art for the field as an integrated whole.”

The volume covers “a very wide range of subjects including fundamental aspects of learning, emotion, cognition, genetics and epigenetics, and brain-behavior relationships as well as our still emerging understanding of how natural built environments, sociocultural factors, and public health policies influence behavior and behavior change,” writes Fisher in the introduction. It covers how the way we live our lives affects health and influences most diseases and how a socio-ecological perspective is important to addressing health and mitigating the effect of health problems.

Contributors to the book include many current faculty members, staff and students and alumni of the Department of Health Behavior. 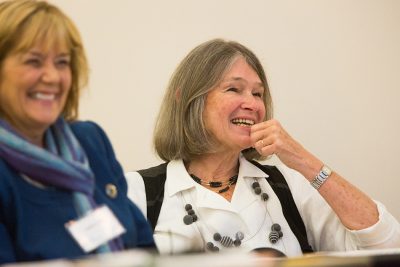 We know Jo Anne Earp as a professor and former chair of the Department of Health Behavior.

But did you know that Earp, a medical sociologist, was active on the frontlines of the civil rights movement in the early ’60s and founded the N.C. Breast Cancer Screening Program to train lay health advisers as advocates for mammography screening for older black women in North Carolina?

Earp is featured in UNC-Chapel Hill’s “225 years of Tar Heels” and on the Gillings School’s home page this week. Read more.

Earp received a Faculty Service Award Citation in January 2018. “Jo Anne’s career at UNC took off — 40 years of tenacious advocacy, of opening doors for people and pushing them through, of spotting wrongs and righting them, of acting on her beliefs, especially her belief that the world can be changed and she can do it, and so can you.” Read more about Earp in the award announcement here .

HPV vaccine uptake has improved in recent years, but underuse of the vaccine remains a serious threat to progress against cancer in the United States, according to a report released by the chair of the President’s Cancer Panel, Barbara K. Rimer, DrPH.

The report, “HPV Vaccination for Cancer Prevention: Progress, Opportunities and a Renewed Call to Action,” finds that while there has been demonstrated progress in HPV vaccine uptake in the U.S. over the past five years, vaccination rates remain unacceptably low and well below the government’s Healthy People 2020 goal of 80 percent of age-eligible adolescents. 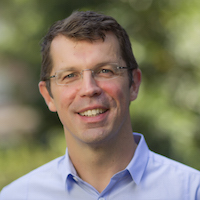 Noel Brewer, PhD, professor of health behavior and member of UNC Lineberger, served as special adviser to the chair on the report.

“HPV vaccine can prevent six types of cancer in men and women,” Brewer said. “It’s time to redouble our efforts to increase HPV vaccine uptake. Providers should make clear and strong recommendations for the vaccine. Clinics and systems should make immediate improvements, such as having standing orders that allow nurses to give the vaccine – and parents who have questions should talk to their pediatrician or other primary care provider.” Read more. 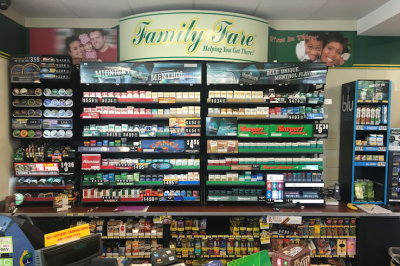 , chair and professor in the Department of Health Behavior and program leader for Cancer Prevention and Control at the UNC Lineberger Comprehensive Cancer Center is one of three principal investigators for Advancing Science & Practice in the Retail Environment (ASPiRE).

The ASPiRE project’s goal is to build a strong scientific evidence base for effective policies in the retail environment to help reduce tobacco use, tobacco-related disparities and the public health burden of tobacco, including cancer. It is a five-year, $11.6 million National Institutes of Health (NIH) grant to study retail tobacco policies across the United States.

The ASPiRE group is continuing a “team science” approach led by three principal investigators from three universities: Joining Ribisl are Lisa Henriksen, PhD, senior research scientist at the Stanford Prevention Research Center in Palo Alto, Calif., and a member of the Stanford Cancer Institute; and Douglas A. Luke, PhD, professor of public health at the Brown School at Washington University in St. Louis, Mo., and director of the Center for Public Health Systems Science. 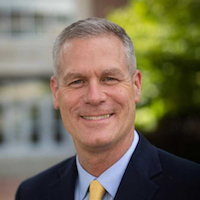 In the Density and Disease project, which Ribisl will lead, UNC researchers will map 275,000 tobacco retailers across the U.S. from 2000 to 2016 and explore the relationship between the density of these retailers and tobacco-related illnesses, like cancer.

“This will be a landmark study because it will finally sort out the relationship between the density of tobacco retailers, smoking prevalence and disease,” Ribisl said. “In areas with more tobacco retailers, do we eventually see higher smoking rates and higher cancer rates? We will examine nearly 15 years of data to figure that out. This is important because communities are starting to enact policies to reduce the number of tobacco retailers, and it is essential to understand whether that will reduce smoking rates as well as cancer and heart disease.” Read more 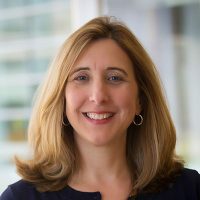 Debora Tate, PhD, professor of nutrition and health behavior, is the recipient of the 2018 George A. Bray Founders Award, in recognition of significant contributions that advance the scientific or clinical basis for understanding or treating obesity and for extensive involvement with The Obesity Society.

Other award recipients from the Gillings School are Barry Popkin, PhD, W.R. Kenan Jr. Distinguished Professor, who was selected for the 2018 Atkinson-Stern Award for Distinguished Public Service, which recognizes an individual or organization whose work has significantly improved the lives of those affected by obesity, whether through research, public policy, patient care or other means; and June Stevens, PhD, American Institute for Cancer Research/World Cancer Research Fund (AICR/WCRF) Distinguished Professor of nutrition and epidemiology, who received the 2018 Friends of Albert (Mickey) Stunkard Lifetime Achievement Award. The award is given in recognition of a lifetime of outstanding contributions to the field of obesity through scholarship, mentorship and education.

“It is truly remarkable to have not one, not two, but three TOS major awardees from one department! This speaks to our department’s incredible depth of expertise,” effused Elizabeth Mayer-Davis, PhD, Cary C. Boshamer Distinguished Professor of nutrition and medicine and chair of nutrition at the Gillings School. “Barry, June and Deb are remarkable scientists, having contributed tremendously toward tackling the pressing public health problem of obesity in our own community and around the globe.” 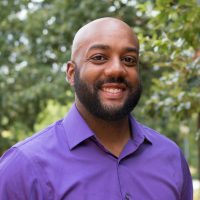 We are delighted to welcome our newest faculty member, Derrick Matthews, PhD, assistant professor, who earned a doctorate in health behavior here at UNC in 2013 and a Master’s of Public Health degree at the University of Michigan.

He has spent the last several years building an impressive research portfolio while serving as a postdoctoral scholar and then assistant professor in the Department of Infectious Diseases and Microbiology at the University of Pittsburgh. His expertise as a researcher, teacher and scholar combined with his passion for public health will make him a great asset to the department.

Matthews’ research explores how social determinants of health facilitate the large disparities in HIV prevention and treatment experienced by black men who have sex with men (MSM).

His focus is on engaging black MSM communities in all stages of the research process, from descriptive epidemiology to intervention development. He also explores the numerous health inequities experienced by lesbian, gay, bisexual and transgender (LGBT) populations. His work in this area currently focuses on thoughtful ways to operationalize intersectional discrimination and its effects on health in quantitative research.

It is great to have Derrick back at Carolina, and to expand faculty expertise in the areas of health disparities in HIV prevention and LGBT health. A collaboration between researchers at the University of North Carolina at Chapel Hill Gillings School of Global Public Health, RTI International and the UNC School of Medicine has resulted in the first study to assess and compare United States travelers’ knowledge levels about the Zika virus across three regions: at-risk states, other states and Puerto Rico.

“Zika virus is a truly unique agent of disease,” said study co-author James Herrington, PhD, professor of health behavior and executive director of emerging partnerships at the Gillings School. “It can be transmitted to humans through the bite of female mosquito vectors Aedes agypti and Aedes albopictus – species common in the warmer U.S. latitudes. Our goal with this study was to understand whether the knowledge levels, perceptions of personal risk and intentions to practice prevention behaviors differed among travelers living in Puerto Rico, states affected by or at-risk for Zika, and other states outside the estimated range of the mosquitoes that transmit Zika virus.” Read more. 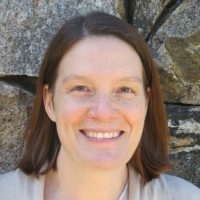 Parents ranked cancer prevention as the most compelling reason healthcare providers can give for recommending the human papillomavirus (HPV) vaccine, according to a survey led by researchers in the University of North Carolina at Chapel Hill Gillings School of Global Public Health.

The findings, published June 14 in Cancer Epidemiology, Biomarkers & Prevention, offer guidance as to what doctors and other healthcare providers should emphasize to parents when discussing vaccination for their children against HPV, a sexually transmitted virus that can cause oral, head and neck, genital and cervical cancers.

“Parents confirmed the advice from the CDC and other professional organizations, which is that cancer prevention is the most important reason for HPV vaccination,” said Melissa B. Gilkey, PhD, assistant professor of health behavior in the Gillings School and a member of UNC’s Lineberger Comprehensive Cancer Center. “Providers report giving a wide variety of reasons to vaccinate, but this study suggests that what parents really want to hear about is cancer prevention. This was true even for parents who had relatively low confidence in adolescent vaccination.” Read more