When Carmen Samuel-Hodge left her home in the Virgin Islands in 1985, diabetes had just begun to be a public health problem. As a dietitian, she was seeing many clinic patients who had presented with a diabetes diagnosis. Wanting to learn more about the problem and how to address it, she pursued a nutrition doctorate at UNC. 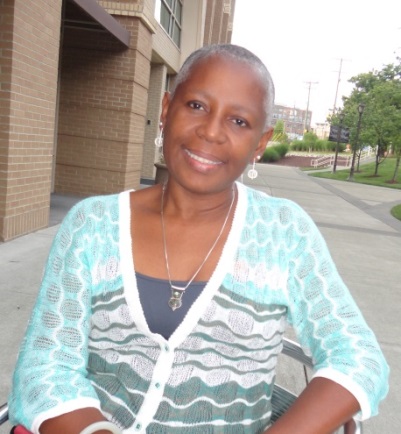 Upon arriving in North Carolina, Samuel-Hodge discovered that diabetes was also disproportionately high among the state’s African-Americans. Now a research assistant professor of nutrition in the Gillings School of Global Public Health and of medicine and social medicine in UNC’s School of Medicine, she has focused her research efforts in the Tar Heel state.

Her first step was to listen to what North Carolinians had to say.

“When I came here, I decided to become more familiar with the people,” she said. “Even though I knew African-Americans would have a lot in common with patients in the islands, I also knew there would be differences. I needed to know more about what day-to-day issues were most important, the beliefs and attitudes around diabetes, and what it would take to improve daily behaviors for living well with diabetes. Those contexts would allow me to design better interventions.”

The Centers for Disease Control and Prevention funded the first project, called Weight Wise. In its pilot stage, Samuel-Hodge and her team led weekly meetings at a Wilmington, N.C., community health center to support mid-life, low-income women with diabetes or at risk for diabetes, as they learned new strategies to improve their activity levels and diet. For 16 weeks, the women weighed in, discussed successes, challenges and weight management topics, came up with solutions to problems and set individual goals.

The intervention was an adaptation of the Diabetes Prevention Program (see tinyurl.com/diabetes-prevention-
program), which found that people with elevated blood glucose could delay or prevent diabetes onset by losing about 7 percent of their body weight (e.g., a 200-pound person’s losing 14 pounds).

The program shared some characteristics with those run by commercial weight loss companies, but Samuel-Hodge and her team tailored Weight Wise to the needs of these particular women.

“We changed food selections to be consistent with choices and preferences of the Southern population,” she said. “We targeted foods that would be within the affordable range for a lower income population. We accepted that there would be times our participants couldn’t afford fresh vegetables, so we found ways to use canned or frozen, for example, rinsing off the extra sodium from canned products.”

The women in the study lost about 5 percent of their initial body weight.

Samuel-Hodge’s next question was whether the program would work as well if local health departments, rather than her research team, managed it.

“You want to translate research,” she says, “so that it becomes part of practice.”

She and her colleagues trained staff members at six health departments from across North Carolina to run programs in their communities. Again, the results were striking – participants lost an average 4 percent of their body weight, and a significant number lost 5 percent.

Samuel-Hodge says that because she and her team adapted the Weight Wise intervention for a lower-income population,
it has great potential for dissemination. In fact, groups in a number of other states already have asked for the materials through the UNC Center for Health Promotion and Disease Prevention’s Web-based translational research site (www.centertrt.org).

Samuel-Hodge’s other recent project, Family PALS (Partners in Lifestyle Support), paired African-American adults who have Type 2 diabetes with adult family members who do not have the disease. Both adults had to be overweight or obese and had to want to lose weight. Together, the pairs attended 20 weekly sessions and learned strategies for weight loss and for improving family interactions through better communication and less conflict. The National Institute of Diabetes and Digestive and Kidney Diseases funded the study.

“In populations with high rates of diabetes, such as African-Americans, you often find that a person who doesn’t have the disease says, ‘I want to enjoy life until I get it [diabetes],’ instead of ‘I should be doing what I can to prevent it,’” says Samuel-Hodge. “Often, other family members tell the person with diabetes, ‘You can’t eat that,’ rather than, ‘We all should be eating differently and watching our weight.’ Family members see themselves as being helpful, but the person with diabetes perceives it as nagging or being policed.”

Working with a clinical psychologist, Samuel-Hodge developed segments to address family conflict and improve communication, support and cohesion within families. When the sessions ended, improvements were seen on all fronts. Participants lost an average 4.5 kg (almost 10 pounds), and physical activity increased. Dietary habits improved, and so did family interactions. There was less diabetes conflict, better communication, more togetherness, and more support for dietary and physical activity behaviors.

“We’ve seen the PALS program work on a pilot level with 54 pairs,” Samuel-Hodge says. “We need to run it again with a larger sample. There’s still a lot of work to do.”