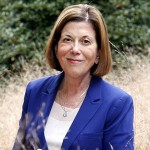 “I am grateful to each of the deans who preceded me. Their unique strengths, vision and leadership have guided the School ever onward and upward, keeping it at the forefront of research, education and service in the field, and in a way that has exemplified the meaning of the public university. ” Dr. Rosenau was the innovator who inspired many and brought the dream of a public health school to reality. He built strong infectious diseases programs, attracted hundreds of international students, and during his leadership, most faculty members served as consultants to developing world agencies. Shortly before he died, he was ready to establish a department of nutrition. “Our school is booming,” he wrote in 1945, “and prospects are glamorous.” Dr. McGavran built a field station for training students and dramatically developed the School’s laboratory component. What a forward-thinking approach to field work! During this time, the School’s laboratory became the Public Health Service’s Venereal Disease Laboratory — one of the best anywhere. Faculty and students were active in N.C.’s Good Health Campaign (tinyurl.com/NC-good-health-campaign) to improve the health of North Carolinians. “The School continued to reach out to the people of the state,” noted an official of the Commonwealth Fund during that period. “There is about the School of Public Health an interesting atmosphere of confident assurance.” Dr. Mayes led the School during the late 1960s and early 1970s, a period characterized by historian and Dreaming of a Time author Robert Korstad, PhD, as one of contrasts. Mayes was the first dean to pay serious attention to recruiting women and minority students and faculty. He hired Bill Small to oversee minority recruitment and dealt with students’ increasing insistence that courses be relevant. Our annual Minority Health Conference began during this time.

Dr. Greenberg, beloved and renowned founding chair of the biostatistics department, took the School to new heights, increasing federal funding dramatically and leading the School and the world into the modern era of clinical trials. He raised academic standards, reached out across the university and achieved the first step on the path to the much-needed new public health building by obtaining support to plan it. It was an era that presaged an even grander future. Dr. Ibrahim, already an outstanding School faculty member, became dean in 1982 and accomplished what had seemed impossible—providing the new building, after years of overcrowding. His vision led the faculty to examine challenges that continue to this day — such as the need to increase interdisciplinary collaboration, improve teaching quality and achieve balance between School and department missions. He commissioned Robert Korstad’s Dreaming of a Time (tinyurl.com/uncsph-DOAT), a history of our first 50 years. Dr. Roper recommitted the School to practice and to North Carolina, strengthening its role in the policy arena. He brought outstanding people from diverse sectors onto our advisory boards and led the School through the crisis period after Sept. 11, 2001. Today, as dean of the UNC School of Medicine, he cultivates the many connections and collaborations between our schools.

We remain dedicated to improving public health for the people of North Carolina and the world. We take pride in being the best public school of public health in the world, and we are committed to earning our reputation every day.