If the world faces another great influenza scare on the scale of the 1918 event, the response will owe a lot to the efforts of scientists who have been studying a different pandemic virus – HIV.

“The HIV/AIDS pandemic has forced us toward a set of responses that are now considered standard when we face dangerous emergent pathogens,” says Myron Cohen, MD, prominent HIV/AIDS researcher. “These include transmission, pathogenesis and the natural history of the disease – i.e., how the pathogen spreads, how it develops in the body and its course from inception to recovery.”

Among these, the highest-priority response is to understand the rules governing the spread of infection.

“Via the air? Via surfaces? Via sexual contact? Learning the rules of spread is the key to effective prevention,” Cohen says.

A century ago, learning the rules of an infectious pandemic could take much longer than the pandemic itself lasted. Even in the 1980s, when the HIV/AIDS outbreak began, the learning process remained slow. 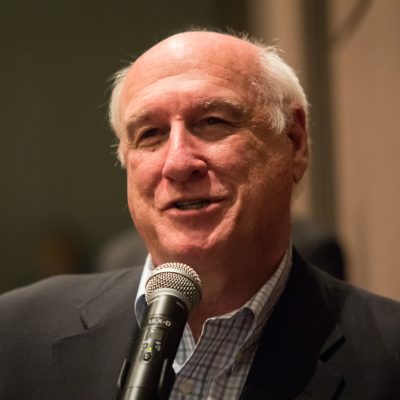 “We needed a decade to understand the rules of HIV’s spread,” Cohen says.

Yet the experience and technical advances stemming from the fight against HIV, the most serious pandemic virus of recent history, mean that this process now can go much faster.

“The velocity has increased tremendously. For this year’s severe H3N2 flu, for example, we’re learning the rules in a matter of months,” he says.

Another big lesson drawn from the HIV/AIDS experience is how to stop a pandemic virus without a vaccine.

“A broadly effective vaccine is the Holy Grail of preventive interventions,” Cohen says, “but we haven’t had that for HIV because the virus mutates so rapidly.”

What public health officials have had to fight HIV are behavior modification campaigns and, since the late 1980s, powerful antiviral drugs. The latter are particularly important. Cohen and colleagues showed, through a major National Institutes of Health-sponsored study published in 2011, that early antiviral treatment of HIV-positive people dramatically cuts their chance of transmitting the infection.

That concept of “treatment as prevention” is central to ongoing, large-scale prevention programs around the world, and there is evidence that these programs are really working.

“HIV is being controlled now without a vaccine because we’re using the tools we do have to attack the roots of transmission,” Cohen says.

Researchers have started to think the same way about the flu virus, which also mutates rapidly. The seasonal flu vaccine, which minimally requires several months to design and manufacture, is based on flu strains that seem to be circulating at that time. Therefore, the seasonal vaccine would be unlikely to stop a fast-moving first wave of a new, pandemic flu strain.

However, taking a page from the anti-HIV playbook, physicians have begun to use anti-flu drugs such as Tamiflu – and there are more promising competitors now in clinical trials – as preventives for healthy hospital workers. Prompted by the severity of the 2017–2018 flu season, health care workers also have used anti-flu drugs to treat a wider range of patients who already have flu symptoms – not only to alleviate symptoms but, just as important, to reduce transmission.

“Someday, we’ll face another serious, emergent, microbial threat,” Cohen says. “However, the progress we’ve made in recent decades – to shorten the time needed to ‘learn the rules’ and respond – is, at least, inspiring.”

Cohen is professor of epidemiology at the UNC Gillings School of Global Public Health, director of the UNC Institute for Global Health and Infectious Diseases, Yeargan-Bate Distinguished Professor of Medicine, Microbiology and Immunology in the UNC School of Medicine, and associate vice chancellor for global health at UNC-Chapel Hill.