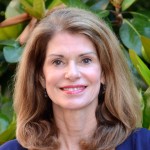 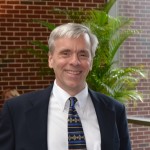 Leah McCall Devlin, DDS, MPH, Professor of the Practice of HPM, has joined The Robert Wood Johnson Foundation (RWJF) board of trustees. The board leads the nation’s largest philanthropy devoted to “building a culture of health in America, enabling all to live healthier lives now and for generations to come.”

Racquel Kelly Kohler, HPM doctoral candidate, won The Lancet and Consortium of Universities for Global Health award for best student poster at the consortium’s 2014 conference May 10-12 in Washington, D.C. 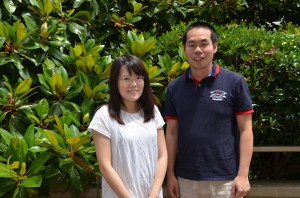 Sarah Rutstein, HPM doctoral student and medical student in UNC’s School of Medicine, received the AIDS 2014 Young Investigator Award from the International AIDS Society and the French National Agency for Research on AIDS and Viral Hepatitis. She accepted the award at the 20th International AIDS Conference in July, in Melbourne, Australia.

HPM doctoral student Caroleen Quach was a “Best Poster” finalist at the 19th annual conference of the International Society for Pharmacoeconomics and Outcomes Research. Of the more than 1,800 poster presentations, hers was selected as one of the top 100. Quach’s study measured the impact of colorectal cancer upon the lives of older American adults. It is one of the first population- based studies to quantify health-related quality-of-life changes from before to after colorectal cancer diagnosis for Medicare Advantage enrollees ages 65 years and older, compared to matched controls without cancer.

Wizdom Powell, PhD, assistant professor of HB, received a Professional of the Year Award from the American Psychological Association. She accepted the award at the national APA conference in Washington, D.C., in August, during which she presented a keynote address. 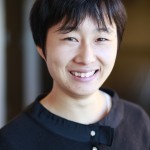 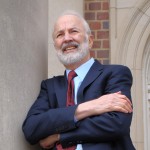 Three Gillings School of Global Public Health faculty members are among the most-cited researchers in the sciences and social sciences, according to data collected by Thomson Reuters. They are Gerardo Heiss, MD, PhD, Kenan Distinguished Professor of EPI; Yun Li, PhD, assistant professor of BIOS and of genetics (UNC School of Medicine); and Barry Popkin, PhD, W.R. Kenan Jr. Distinguished Professor of NUTR. About 3,200 researchers earned the distinction by writing the greatest number of reports officially designated as highly-cited papers, thereby being ranked within the top one percent most cited for their subject field and year of publication. 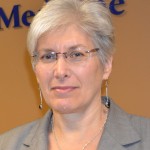 Pam Silberman, JD, DrPH, immediate past president of the North Carolina Institute of Medicine and clinical professor of HPM, received the North Carolina Hospital Association’s 2014 Meritorious Service Award. The prize is given each year to recognize outstanding service to the field of health care. 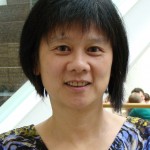 Jianwen Cai, PhD, professor and vice chair of BIOS, was elected to lead the International Biometric Society’s (IBS) Eastern North American Region (ENAR), the international biostatistics professional organization. Cai will take office as president-elect on Jan. 1, 2015, and will serve successive years (2016–2017) as president and past-president. A number of Gillings School biostatistics faculty have held the three-year leader-ship role in ENAR, most recently Amy Herring, ScD, professor and associate department chair, who served from 2010 to 2012.

Mark Holmes, PhD, HPM associate professor, was awarded UNC’s Phillip and Ruth Hettleman Prize for Artistic and Scholarly Achievement by Young Faculty in September. Holmes’ work focuses on rural health, comparative effectiveness and complex methods for policy analysis, particularly in relation to public health and health policy. He is recognized for visionary, innovative research that is grounded in economics and sheds light on issues relevant to health policy.