Management and Leadership Training on a Local and Global Scale

Twenty-five years ago, as is the case today, the UNC School of Public Health was  comprised of seven distinguished departments, each with outstanding faculty members and excellent reputations. The School’s dean, then Michel Ibrahim, MD, faced increasing financial constraints that prevented funding of many worthy department initiatives.

As a result—at UNC and at public health schools across the nation— initiatives, and even departments, central to public health’s mission were being reassigned to other schools within the university. 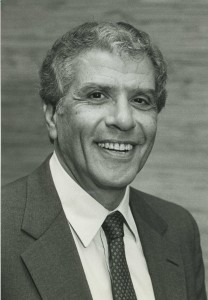 Ibrahim’s challenge was to assure sustainability of those essential programs by assuring that the whole (the School’s mission) was greater than its parts (departments). The mission included clear focus on public health practice and continuing education for public health professionals in the state and region.

In fall 1989, Ibrahim appointed a faculty task force co-chaired by Arnold Kaluzny, PhD, professor in what was then the Department of Health Policy and Administration, and Rachel Stevens, EdD, RN, from Public Health Nursing. Ibrahim charged the group, whose members had expertise in health services and in quantitative, social, management and engineering sciences, to propose a structure—one not allied with department affiliation, but based on discipline training—that would capitalize upon the School’s academic resources and multidisciplinary expertise. Ibrahim hoped that there were “opportunities at the intersection” of the disciplines and that from the intersection would emerge recommendations that indeed would allow the School to function as an entity greater than the sum of its parts. 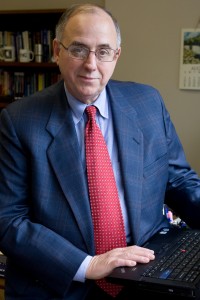 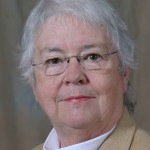 In 1997, Dean William Roper, MD, MPH, noting that the demands of residential teaching, research and continuing education projects were beyond the capacity of the ICPL’s faculty members, established the N.C. Institute for Public Health (NCIPH) as a means of separating academic activities from practice and continuing-education efforts.

The Institute, under Stevens’ leadership, was to provide technical assistance to public health professionals in the state. The newly developed Public Health Leadership Program (PHLP), under Kaluzny’s direction, would offer a range of residential and distance-learning academic programs. To further expand PHLP’s capability, dedicated PHLP faculty members were hired. In 2000, William Sollecito, DrPH, succeeded Kaluzny as PHLP director. Sollecito, a UNC-trained biostatistician with extensiveleadership experience gained at Quintiles Transnational Corp., oversaw expansion of the PHLP, adding new interdisciplinary efforts, including online certificate programs designed for working public health practitioners. Growth in the MPH program included new online and residential courses, most notably customized leadership courses designed for medical and public health practitioners. By 2005, the role of public health practice and leadership was well established within the School, and schools of public health across the U.S. were emphasizing these areas as well, with demand growing exponentially.

This past year, PHLP celebrated the graduation of its 1,000th student.

In 2009, Sollecito was succeeded as PHLP director by Anna Schenck, PhD, a UNC-trained epidemiologist, who has experience in local public health and state-level quality improvement of public health and health care. 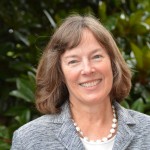 In 2011, Dean Barbara K. Rimer, DrPH, appointed Schenck the School’s associate dean for public health practice, with leadership responsibilities for both NCIPH and PHLP.  Although independent in structure, the two entities interact and continue to evolve. Under Schenck’s leadership and with support from dedicated faculty and staff members in both PHLP and NCIPH, there is a continuing commitment to the overall mission of public health. The focus is on practice, service and teaching, drawing on resources from all departments at the School and ensuring that the Gillings School of Global Public Health will continue to be a force greater than the sum of its parts.

Drs. Arnold Kaluzny, Rachel Stevens, Anna Schenck and Bill Sollecito contributed to this article.Read a description of the N.C. Institute for Public Health, written in 2000 by Dean William Roper and Dr. Rachel Stevens, at tinyurl.com/UNC-NCIPH.

Traveling the Globe with Project Hope and other Leadership, Management Programs

The Gillings School builds on a long tradition of global engagement. One such continuing activity is faculty members’ work with Project HOPE (Health Opportunities for People Everywhere), a nongovern-mental organization (NGO) that has provided health services to developing countries since 1958.

In 1991, William Walsh, MPH, then president and chief executive officer of the NGO, extended the mission to include management training for hospital administrators in Poland, the Czech Republic, Slovak Republic and Hungary. Walsh worked with William Pierskalla, PhD, then professor at the University of Pennsylvania’s Wharton School and later, distinguished professor and dean of UCLA’s Anderson School of Business, and Arnold Kaluzny, PhD, professor of health policy and management (HPM) at UNC’s School of Public Health, to develop a management curriculum relevant to the needs of central Europe’s changing health system. 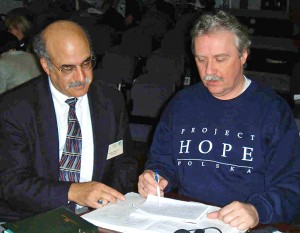 Dr.William Zelman (left) works with a Project Hope participant in Poland in the 1980s

William Zelman, PhD, now professor emeritus, and Bruce Fried, PhD, now associate professor, both in HPM at the Gillings School, were among faculty members from across the U.S. involved with the program. Each worked collaboratively with an in-country counterpart to tailor training in strategy, finance, operations and human resources that would meet the needs of participating students, who included executive and mid-level managers from hospitals and health-care institutions.

The program expanded over the next decade to include Baltic countries—Lithuania, Estonia and Latvia—and, in 2002, China.  Overall, the program provided management training to 3,000 health professionals.

“Project HOPE alumni have assumed leadership positions throughout Europe,” Kaluzny says, “including ministerial positions in Hungary and the Czech Republic and in the rapidly expanding private health-care sector.”

Dr. Sue Hobbs leads a discussion in 2011 with NETDOC members from around the world

The seeds of the Gillings School’s early commitment to global health management and leadership training are growing and thriving around the world. In Europe, a community of faculty members—some inspired by the model of Project HOPE and mentored by its original team—actively works to conduct research and develop evidence-based professional development programming in health management and leadership.

In 2013, HPM alumni Suzanne Havala Hobbs, DrPH, and Ken Rethmeier, DrPH, published a commentary on clinical leadership in The Lancet with colleagues in England and the Netherlands. (See tinyurl.com/ lancet-leadership.)  Hobbs, clinical professor of health policy and management and nutrition and director of the Gillings School’s doctoral program in health leadership,  leads the International Network for Doctoral Training in Health Leadership (NETDOC), a global network of schools dedicated to increasing access to and quality of  doctoral-level health leadership training.

The Gillings School continues to make major contributions toward meeting the urgent global need for health management and leadership development. This year, alumna Irene Agyepong, MD, DrPH, Hobbs and others were funded by the Rockefeller Foundation to adapt the UNC program model and develop a pan-Africa doctoral program in health leadership.