From the dean's desk 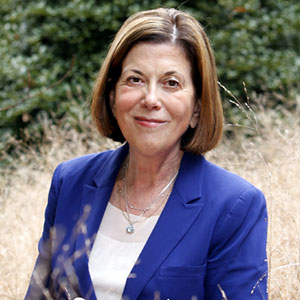 In 75 years, we have taught thousands of students, published tens of thousands of papers, provided hundreds of thousands of service hours (valued at millions of dollars), and solved problems in North Carolina and around the world. Yet, at 75 years young, we are still on the ascendancy. We owe a great debt to those whose vision established this School at a time when public health education was dominated by a small number of private universities. Public schools of public health have different relationships to their communities than private schools. We are embedded in our state and its communities and always have been.

Frank Porter Graham, UNC system president, had the vision to recruit Milton S. Rosenau, MD, just as he was facing mandatory retirement from Harvard, to lead the Division of Public Health in the School of Medicine. Less than four years later, the division became an independent school, and t dean. He led with brilliance, tenacity and charisma. I am grateful to each of the deans who preceded me.

The Gillings School of Global Public Health is an exemplar of the public university school of public health, ranked consistently among the top three public and private schools of public health. From the start, our faculty and staff members and students played central roles in reducing health disparities, ending segregation and enabling social justice. Today, we still do groundbreaking work to reduce disparities and deliver on social justice.

From the School’s earliest days, we have been innovators, trailblazers, outstanding researchers, educators and global travelers who are rooted in the communities of North Carolina as we travel the world. The late Dr. Dan Okun, Kenan Distinguished Professor of environmental sciences and engineering, epitomized the interconnection of global and local. Okun traveled around the world to advise about water and sanitation systems, but he also did this in Chapel Hill. We thank him for our town’s plentiful water.

As challenging as it was to start a new school of public health in tough times, the challenges are not over. While we are grateful for generous support from the North Carolina legislature, our budgets have been cut for the pasface declining federal funding. Our wonderful donors never have been more important to our future.

There are many public health problems to solve in the world—malnutrition and obesity, infectious diseases such as Ebola and HIV/AIDS, and a staggering increase in noncommunicable diseases, such as cancer and diabetes, as well as climate threats, lack of access to safe water and sanitation, and so much more.

Members of our faculty are some of the world’s experts in these and other areas. In 2014, three of them, Kenan distinguished professors Gerardo Heiss (epidemiology) and Barry Popkin (nutrition) and assistant professor Yun Li (biostatistics), were named among the world’s most-cited authors, one mark of productivity  and impact in their respective  areas of cardiovascular disease,  diet and biostatistics.

Our world is one in which geographic borders matter little, as the 2014 Ebola virus outbreak proves. Income inequality is pervasive, and the world is roiling with political unrest. For faculty and students who work globally, safety is less assured.

At the same time, new technologies enable communication across the miles, and an increasing number of our classrooms have these technologies. Our students and faculty and staff members are facile with mobile devices and use them for communicating, teaching and research. More students than ever are interested in public health, and we must rethink how we educate them, developing a more seamless transition from undergraduate to master’s to doctoral degrees and committing to education across the lifespan.

We hope this special issue of Carolina Public Health makes you feel as proud as I do of the School’ history and our impressive present.

Thanks to our editor, Linda Kastleman, for her fine work on this issue.

We’re ready for the next 75 years of making the world safer, healthier and greener!